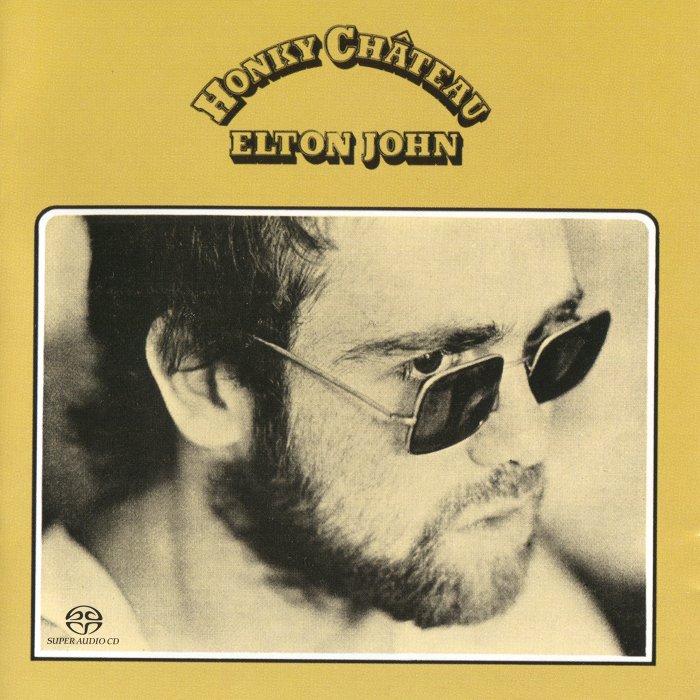 Honky Chateau is the fifth studio album by British singer/songwriter Elton John, released in 1972. In 2003, the album was ranked number 357 on Rolling Stone magazine’s list of the 500 greatest albums of all time. It was certified gold in July 1972 and platinum in October 1995 by the RIAA. Honky Chateau became the first of a string of albums by Elton John to hit #1 in the Billboard Charts in the US. In Canada, the album peaked at #3 on the RPM 100 Top Albums Chart, reaching this position on 29 July 1972, dropping two places to #5, then returning to #3 for a further twelve consecutive weeks before falling to #9 on 4 November of the same year.

Considerably lighter than Madman Across the Water, Honky Chateau is a rollicking collection of ballads, rockers, blues, country-rock, and soul songs. On paper, it reads like an eclectic mess, but it plays as the most focused and accomplished set of songs Elton John and Bernie Taupin ever wrote. The skittering boogie of “Honky Cat” and the light psychedelic pop of “Rocket Man” helped send Honky Chateau to the top of the charts, but what is truly impressive about the album is the depth of its material. From the surprisingly cynical and nasty “I Think I’m Gonna Kill Myself” to the moving ballad “Mona Lisas and Mad Hatters,” John is at the top of his form, crafting immaculate pop songs with memorable melodies and powerful hooks. While Taupin’s lyrics aren’t much more comprehensible than before, John delivers them with skill and passion, making them feel more substantial than they are. But what makes Honky Chateau a classic is the songcraft, and the way John ties disparate strands of roots music into distinctive and idiosyncratic pop — it’s one of the finest collections of mainstream singer/songwriter pop of the early ’70s.