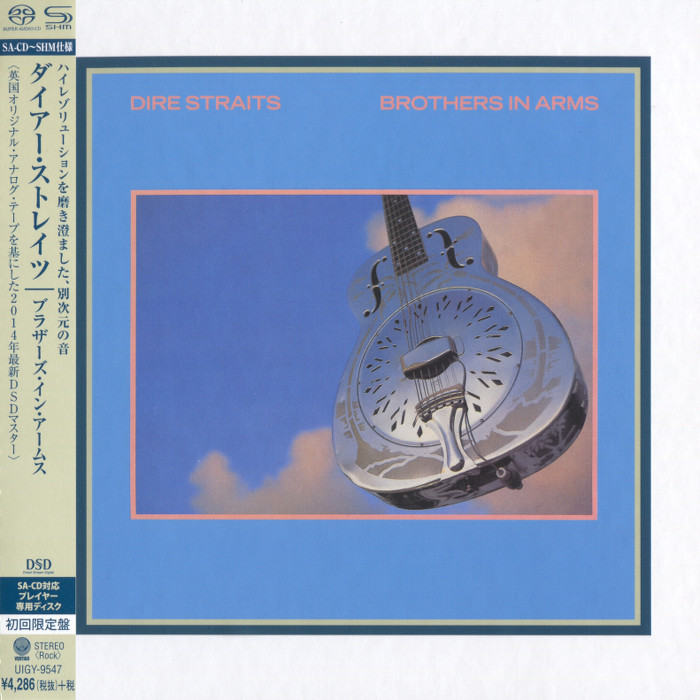 Brothers in Arms brought the atmospheric, jazz-rock inclinations of Love Over Gold into a pop setting, resulting in a surprise international best-seller. Of course, the success of Brothers in Arms was helped considerably by the clever computer-animated video for “Money for Nothing,” a sardonic attack on MTV. But what kept the record selling was Mark Knopfler’s increased sense of pop songcraft — “Money for Nothing” had an indelible guitar riff, “Walk of Life” is a catchy up-tempo boogie variation on “Sultans of Swing,” and the melodies of the bluesy “So Far Away” and the down-tempo, Everly Brothers-style “Why Worry” were wistful and lovely. Dire Straits had never been so concise or pop-oriented, and it wore well on them. Though they couldn’t maintain that consistency through the rest of the album — only the jazzy “Your Latest Trick” and the flinty “Ride Across the River” make an impact — Brothers in Arms remains one of their most focused and accomplished albums, and in its succinct pop sense, it’s distinctive within their catalog.