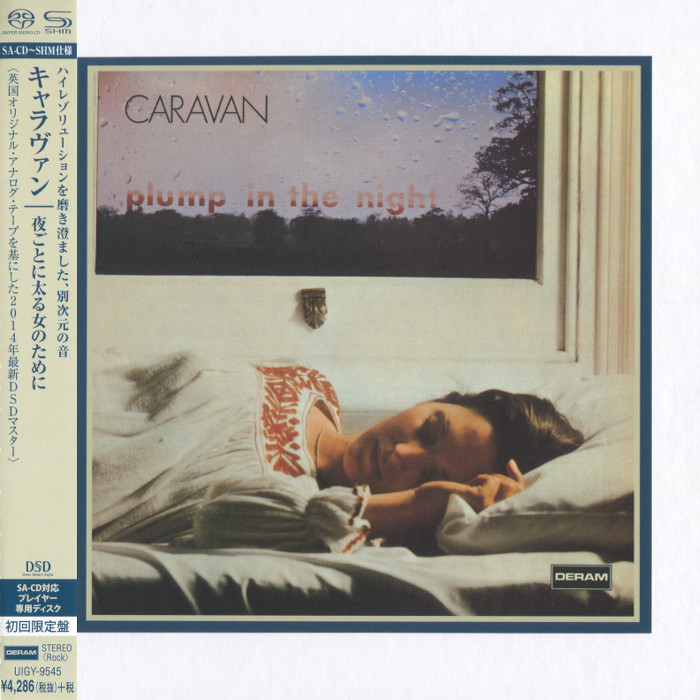 After the musical uncertainty of Waterloo Lily, Caravan returned with their most inspired recording since In the Land of the Grey and Pink. The splendidly titled For Girls Who Grow Plump in the Night is several steps ahead in terms of fresh musical ideas that wholly incorporate the band’s trademark humor within the otherwise serious and challenging sonic structures. Two of the more dominant reasons for the change in Caravan’s sound were the return of keyboardist Dave Sinclair and the addition of violist Peter Geoffrey Richardson. Die-hard fans gladly welcomed Sinclair back, however, Richardson was met with heckles from enthusiasts during live appearances. They were soon silenced as his place on For Girls Who Grow Plump in the Night easily ranks among Caravan’s watershed moments. There are perhaps none better than the mesmerizing counterpoint melodies he weaves during the “L’Auberge Du Sanglier” suite. While not completely abandoning their jazz leanings, For Girls Who Grow Plump in the Night is considerably focused back into the rock genre. Ironically, the album also features some rather elaborate orchestration. In context, it is quite effective in creating emphasis — especially on the leadoff track “Memory Lain, Hugh,” as well as the dreamy mid-tempo “The Dog, The Dog, He’s At It Again.” The remastered CD also includes five additional tracks. The first four are demos featuring the band without orchestra and with some notable differences, such as the distinct lead guitar opening to “Memory Lain, Hugh.” “Derek’s Long Thing” is another instrumental piece penned by keyboardist Derek Austin — one of the two transitional Caravan members chosen to replace Steve Miller. A must-own for inclined parties.