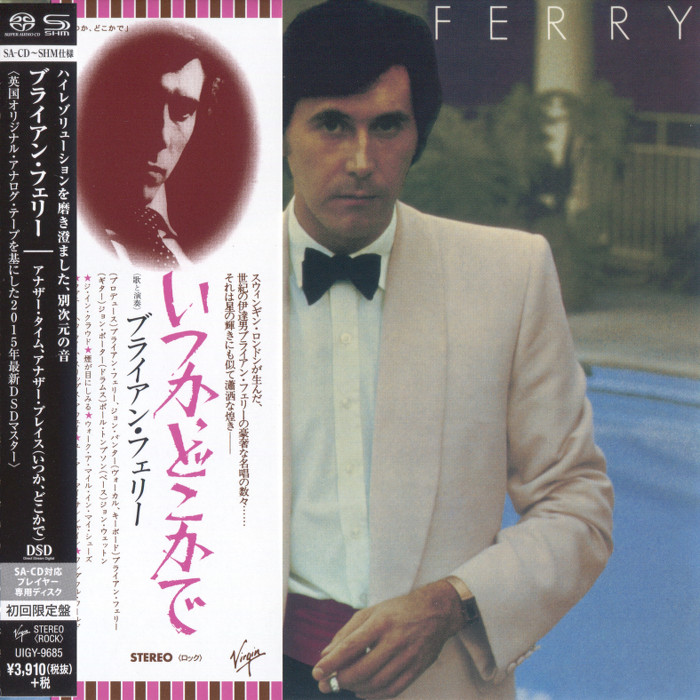 Another Time, Another Place isn’t as immediately thrilling as Ferry’s solo debut, but still is a great listen. The same core band that backed Ferry up on the earlier record stays more or less in place here. If, like Roxy over the years, this collection is a touch less frenetic at points in comparison to Ferry’s earlier solo stab, the opening blast through “The ‘In’ Crowd” doesn’t show it. Porter’s guitar rips along as intensely as Phil Manzanera’s can, and the whole thing makes Dobie Gray’s original take seem pretty tame. Beyond that, things will be familiar to anyone who’s heard These Foolish Things — same general atmosphere, same overall approach of Ferry taking classic originals and putting his own proto-lounge-lizard stamp on them, mixing energetic versions with far calmer ones. A very intriguing development is his inclusion of efforts from up-and-coming country writers and singers — thus, a loud and groovy cover of “Funny How Time Slips Away” by Willie Nelson and another of Kris Kristofferson’s “Help Me Make It Through the Night.” Other country atmospheres slip in here and there via another nod to Elvis (“Walk a Mile in My Shoes,” originally by Joe South), while other classics get tapped with versions of “Smoke Gets in Your Eyes” and Sam Cooke’s “(What A) Wonderful World.” The album as a whole feels a touch more formal than its predecessor, but Ferry and company, plus various brass and string sections, turn on the showiness enough to make it all fun. A harbringer of solo albums to come appears at end — the title track, a Ferry original.