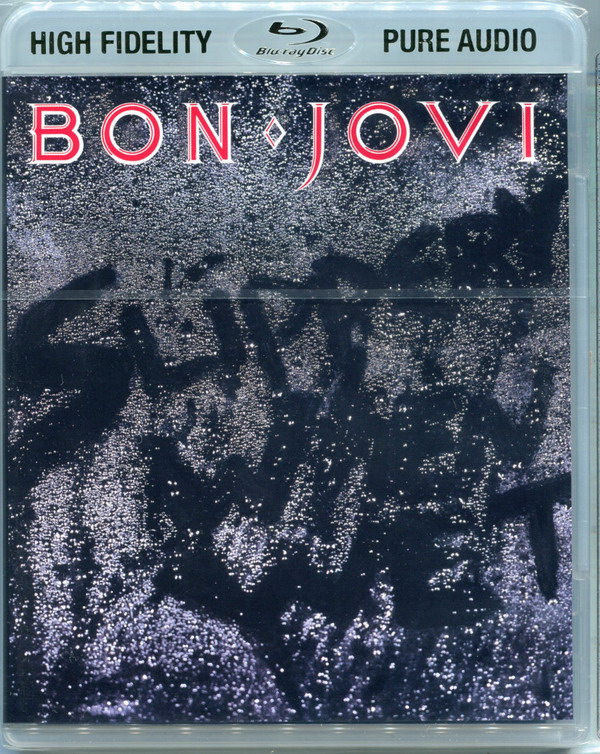 Bon Jovi’s eponymous debut album was released in 1984, and “Runaway” became a Top 40 hit. Following its success, Tony Bongiovi sued the band, claiming he developed their successful sound; the group settled out of court. The following year, 7800° Fahrenheit was released and went gold. Despite the band’s respectable success, Bon Jovi weren’t becoming the superstars they had hoped, and they changed their approach for their next album, Slippery When Wet.
Hiring professional songwriter Desmond Child as a collaborator, the group wrote 30 songs and auditioned them for local New Jersey and New York teenagers, basing the album’s running order on their opinions. After ditching the original cover of a busty woman in a wet T-shirt for the title traced in water on a garbage bag, Slippery When Wet was released in 1986.
Supported by several videos that showcased the photogenic Jon, the album eventually sold nine million copies in the U.S. alone, helping usher in the era of pop-metal. Two songs, “You Give Love a Bad Name” and “Livin’ on a Prayer,” reached No. 1, while “Wanted Dead or Alive” reached the Top Ten, and Bon Jovi were established as worldwide superstars once and for all.
Universal has gone back to the original master tapes to deliver fully uncompressed, high-resolution versions of many of your favorite albums on Blu-ray Pure Audio Disc. Mastered at 24bit/96kHz, Blu-ray Pure Audio Discs deliver the sound the artists originally heard in the studio when these classic albums were recorded. These discs provide all the recorded musical information. While convenient due to their small file size, today’s heavily compressed music files do not represent the true fidelity of the original album.
•     Recordings are transferred from the original master tapes and delivered in high-resolution 24-bit/96kHz audio
•     No compression is utilized, and the sound quality is vastly superior to MP3 or standard CD
•     Three separate choices of audio file format for playback: PCM 2.0, Dolby True HD, or DTS-HD Master Audio (5.1 available where noted)
•     Your preferred audio format is chosen either by pressing the “Audio” button on your Blu-ray remote or via your onscreen menu display

Slippery When Wet wasn’t just a breakthrough album for Bon Jovi; it was a breakthrough for hair metal in general, marking the point where the genre officially entered the mainstream. Released in 1986, it presented a streamlined combination of pop, hard rock, and metal that appealed to everyone — especially girls, whom traditional heavy metal often ignored. Slippery When Wet was more indebted to pop than metal, though, and the band made no attempt to hide its commercial ambition, even hiring an outside songwriter to co-write two of the album’s biggest singles. The trick paid off as Slippery When Wet became the best-selling album of 1987, beating out contenders like Appetite for Destruction, The Joshua Tree, and Michael Jackson’s Bad.
Part of the album’s success could be attributed to Desmond Child, a behind-the-scenes songwriter who went on to write hits for Aerosmith, Michael Bolton, and Ricky Martin. With Child’s help, Bon Jovi penned a pair of songs that would eventually define their career — “Living on a Prayer” and “You Give Love a Bad Name” — two teenage anthems that mixed Springsteen’s blue-collar narratives with straightforward, guitar-driven hooks. The band’s characters may have been down on their luck — they worked dead-end jobs, pined for dangerous women, and occasionally rode steel horses — but Bon Jovi never presented a problem that couldn’t be cured by a good chorus, every one of which seemed to celebrate a glass-half-full mentality. Elsewhere, the group turned to nostalgia, using songs like “Never Say Goodbye” and “Wild in the Streets” to re-create (or fabricate) an untamed, sex-filled youth that undoubtedly appealed to the band’s teen audience. Bon Jovi wasn’t nearly as hard-edged as Mötley Crüe or technically proficient as Van Halen, but the guys smartly played to their strengths, shunning the extremes for an accessible, middle-of-the-road approach that wound up appealing to more fans than most of their peers. “It’s alright if you have a good time,” Jon Bon Jovi sang on Slippery When Wet’s first track, “Let It Rock,” and those words essentially served as a mantra for the entire hair metal genre, whose carefree, party-heavy attitude became the soundtrack for the rest of the ‘80s. –Andrew Leahey