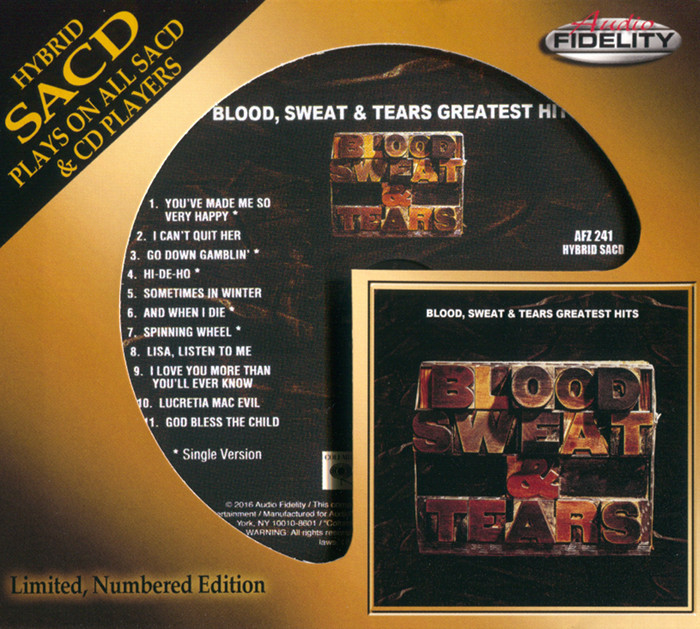 Sometimes, a greatest-hits set is timed perfectly to gather together a group’s most successful and familiar performances just at the point when that group has passed the point of their maximum exposure to the public, but before the public memory has had a chance to fade. That was the case when Columbia Records assembled this compilation for release in early 1972. At that point, Blood, Sweat & Tears had released four albums and scored six Top 40 hits, each of which is heard here. But lead singer David Clayton-Thomas had just quit the group, so that the unit that recorded songs like “You’ve Made Me So Very Happy” was not working together anymore. And even when Clayton-Thomas returned, the band would continue to decline commercially. As such, BS&T’s Greatest Hits captures the band’s peak in 11 selections–seven singles chart entries, plus two album tracks from the celebrated debut album when Al Kooper helmed the group, and two more from the Grammy-winning multi-platinum second album. Using the short singles edits of songs like “And When I Die” emphasizes their radio-ready punch over the more extended suitelike arrangements on the albums, but this selection gains in focus what it lacks in ambition. For the millions who learned to love BS&T in 1969 when they were all over AM radio, this is the ideal selection of their most accessible material.