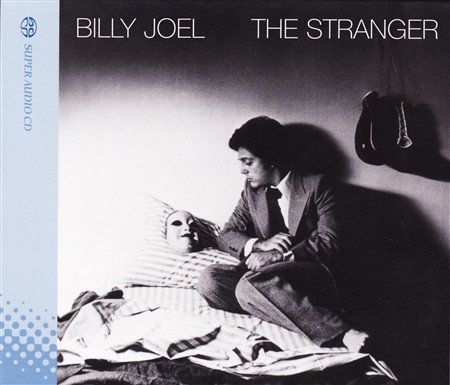 Billy Joel teamed with Phil Ramone, a famed engineer who had just scored his first producing hits with Art Garfunkel’s Breakaway and Paul Simon’s Still Crazy After All These Years for The Stranger, his follow-up to Turnstiles. Joel still favored big, sweeping melodies, but Ramone convinced him to streamline his arrangements and clean up the production. The results aren’t necessarily revelatory, since he covered so much ground on Turnstiles, but the commercialism of The Stranger is a bit of a surprise. None of his ballads have been as sweet or slick as “Just the Way You Are”; he never had created a rocker as bouncy or infectious as “Only the Good Die Young”; and the glossy production of “She’s Always a Woman” disguises its latent misogynist streak. Joel balanced such radio-ready material with a series of New York vignettes, seemingly inspired by Springsteen’s working-class fables and clearly intended to be the artistic centerpieces of the album. They do provide The Stranger with the feel of a concept album, yet there is no true thematic connection between the pieces, and his lyrics are often vague or mean-spirited. His lyrical shortcomings are overshadowed by his musical strengths. Even if his melodies sound more Broadway than Beatles – the epic suite “Scenes From an Italian Restaurant” feels like a show-stopping closer – there’s no denying that the melodies of each song on The Stranger are memorable, so much so that they strengthen the weaker portions of the album. Joel rarely wrote a set of songs better than those on The Stranger, nor did he often deliver an album as consistently listenable.