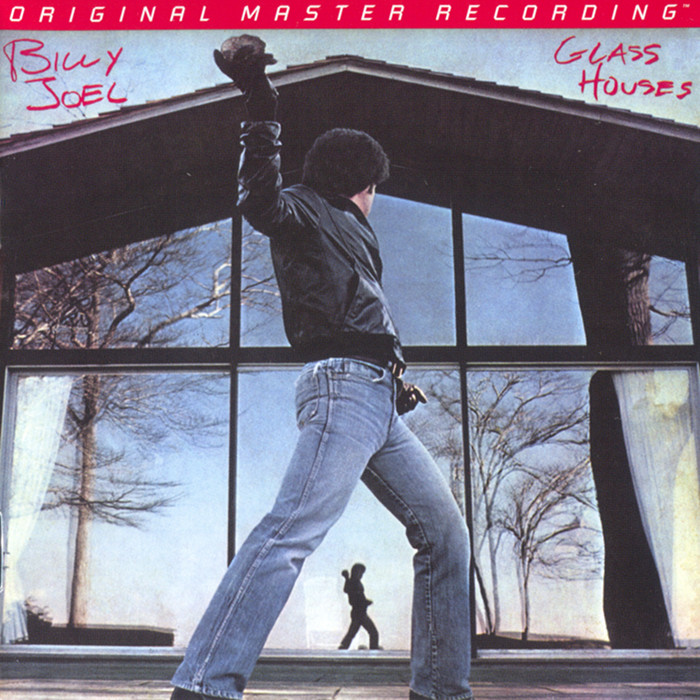 The back-to-back success of The Stranger and 52nd Street may have brought Billy Joel fame and fortune, even a certain amount of self-satisfaction, but it didn’t bring him critical respect, and it didn’t dull his anger. If anything, being classified as a mainstream rocker — a soft rocker — infuriated him, especially since a generation of punks and new wave kids were getting the praise that eluded him. He didn’t take this lying down — he recorded Glass Houses. Comparatively a harder-rocking album than either of its predecessors, with a distinctly bitter edge, Glass Houses still displays the hallmarks of Billy Joel the pop craftsman and Phil Ramone the world-class hitmaker. Even its hardest songs — the terrifically paranoid “Sometimes a Fantasy,” “Sleepin’ With the Television On,” “Close to the Borderline,” the hit “You May Be Right” — have bold, direct melodies and clean arrangements, ideal for radio play. Instead of turning out to be a fiery rebuttal to his detractors, the album is a remarkable catalog of contemporary pop styles, from McCartney-esque whimsy (“Don’t Ask Me Why”) and arena rock (“All for Leyna”) to soft rock (“C’etait Toi [You Were the One]”) and stylish new wave pop (“It’s Still Rock and Roll to Me,” which ironically is closer to new wave pop than rock). That’s not a detriment; that’s the album’s strength. The Stranger and 52nd Street were fine albums in their own right, but it’s nice to hear Joel scale back his showman tendencies and deliver a solid pop/rock record. It may not be punk — then again, it may be his concept of punk — but Glass Houses is the closest Joel ever got to a pure rock album.