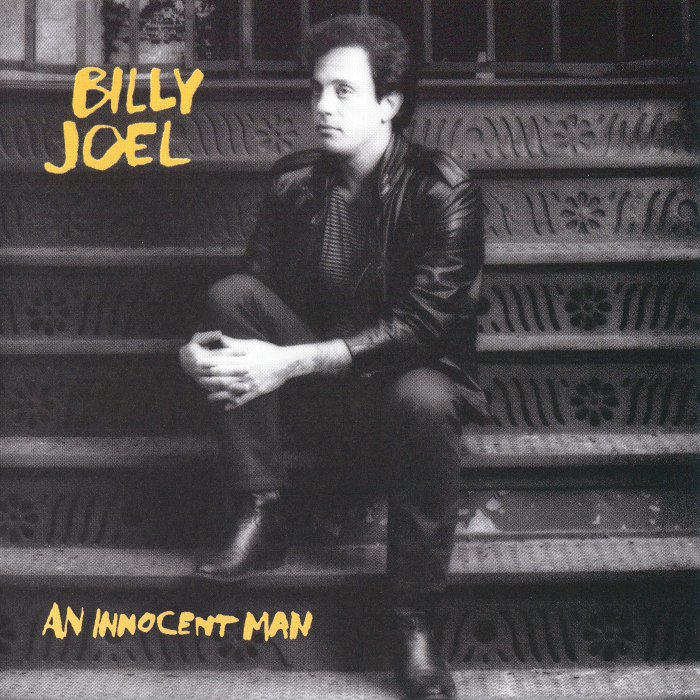 Recording The Nylon Curtain exhausted Billy Joel, and even though it had a pair of major hits, it didn’t rival its predecessors in terms of sales. Since he labored so hard at the record, he decided it was time for a break — it was time to record an album just for fun. And that’s how his homage to pre-Beatles pop, An Innocent Man, was conceived: it was designed as a breezy romp through the music of his childhood. Joel’s grasp on history isn’t remarkably astute — the opener “Easy Money” is a slice of Stax/Volt pop-soul, via the Blues Brothers (quite possibly the inspiration for the album), and the label didn’t break the pop charts until well after the British Invasion — but he’s in top form as a craftsman throughout the record. Only once does he stumble on his own ambition (“This Night,” which appropriates its chorus from Beethoven). For the rest of the record, he’s effortlessly spinning out infectious, memorable melodies in a variety of styles, from the Four Seasons send-up “Uptown Girl” and the soulful “Tell Her About It” to a pair of doo wop tributes, “The Longest Time” and “Careless Talk.” Joel has rarely sounded so carefree either in performance or writing, possibly due to “Christie Lee” Brinkley, a supermodel who became his new love prior to An Innocent Man. He can’t stop writing about her throughout the album — only three songs, including the haunted title track, aren’t about her in some form or fashion. That giddiness is infectious, helping make An Innocent Man an innocent delight that unwittingly closes Joel’s classic period.