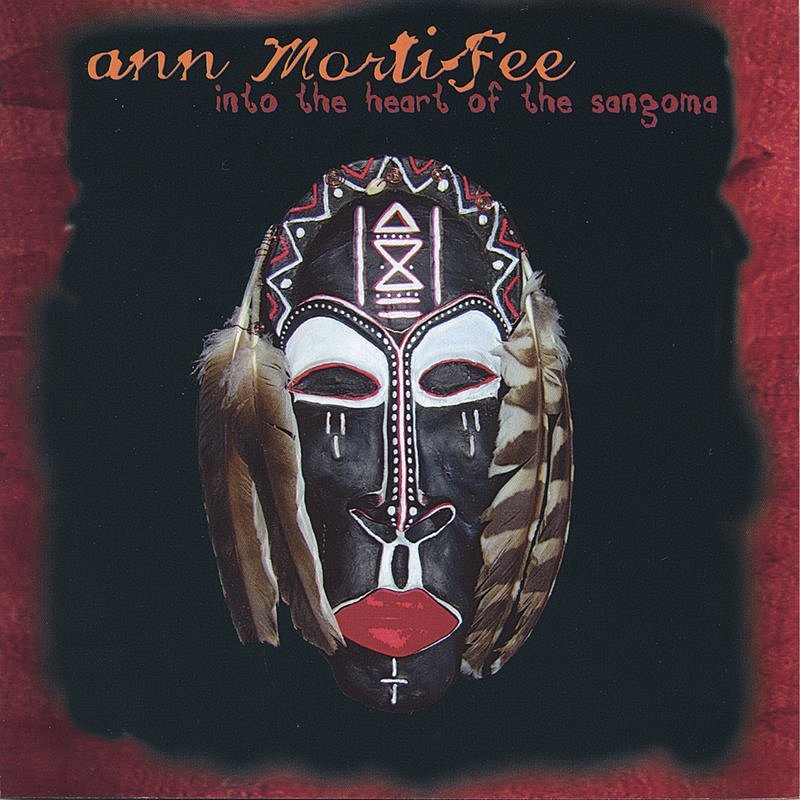 An amazing journey to the head Sangoma (Shaman) of the Zulu nation was the inspiration for this magnificent album. A brilliantly produced musical and poetic experience by one of the most powerful voices you will ever hear.

“Into The Heart Of The Sangoma” is the first album in over 10 years from Ann Mortifee; legendary singer / composer / playwright / actress / spiritual teacher. A personal journey back to her South African homeland, guided by the wisdom and visions of the Sangoma, the shaman of the Zulu nation. A powerful journey, riveting in its scope and Ann Mortifee’s four-octave vocal power. Featuring studio, live, and field recordings from an actual Zulu blood ceremony. An incredible journey of empowerment.

Ann Mortifee’s artistic path has crossed so many boundaries and disciplines; good luck to anyone trying to create a succinct overview of it all. Born in South Africa, Ann left for Canada when her father, a politician against apartheid, decided it was best to move his family elsewhere. In Vancouver, she began performing in coffeehouses at the age of 16, and discovered by the legendary Josh White Sr, who became her mentor/advisor. From there, Ann went on to compose the score and star in “The Ecstasy of Rita Joe” (with Chief Dan George and Paul Horn), co-host a TV Show (“Both Sides Now”), star in the record-setting “Jacques Brel Is Alive and Well and Living in Paris” (she was discovered by EMI producer Norman Newell at the New York shows); all the while composing for BBC TV, National Film Board Of Canada, and various ballet companies (including the North Carolina Dance Co). Her first solo LP, “Baptism”, was recorded at Abbey Road Studios and released worldwide on EMI. Her albums have been on EMI, United Artists, Warner, and her own Jabula label. At the height of her first flush of success, Ann left it all to travel for three years into the heart of Beirut and Calcutta (where she worked with Mother Teresa). These life experiences became “Journey to Kairos”, a stage show/album/award wining TV special. It cemented her reputation as a musical pioneer, creating world music before it became as defined as it is today.