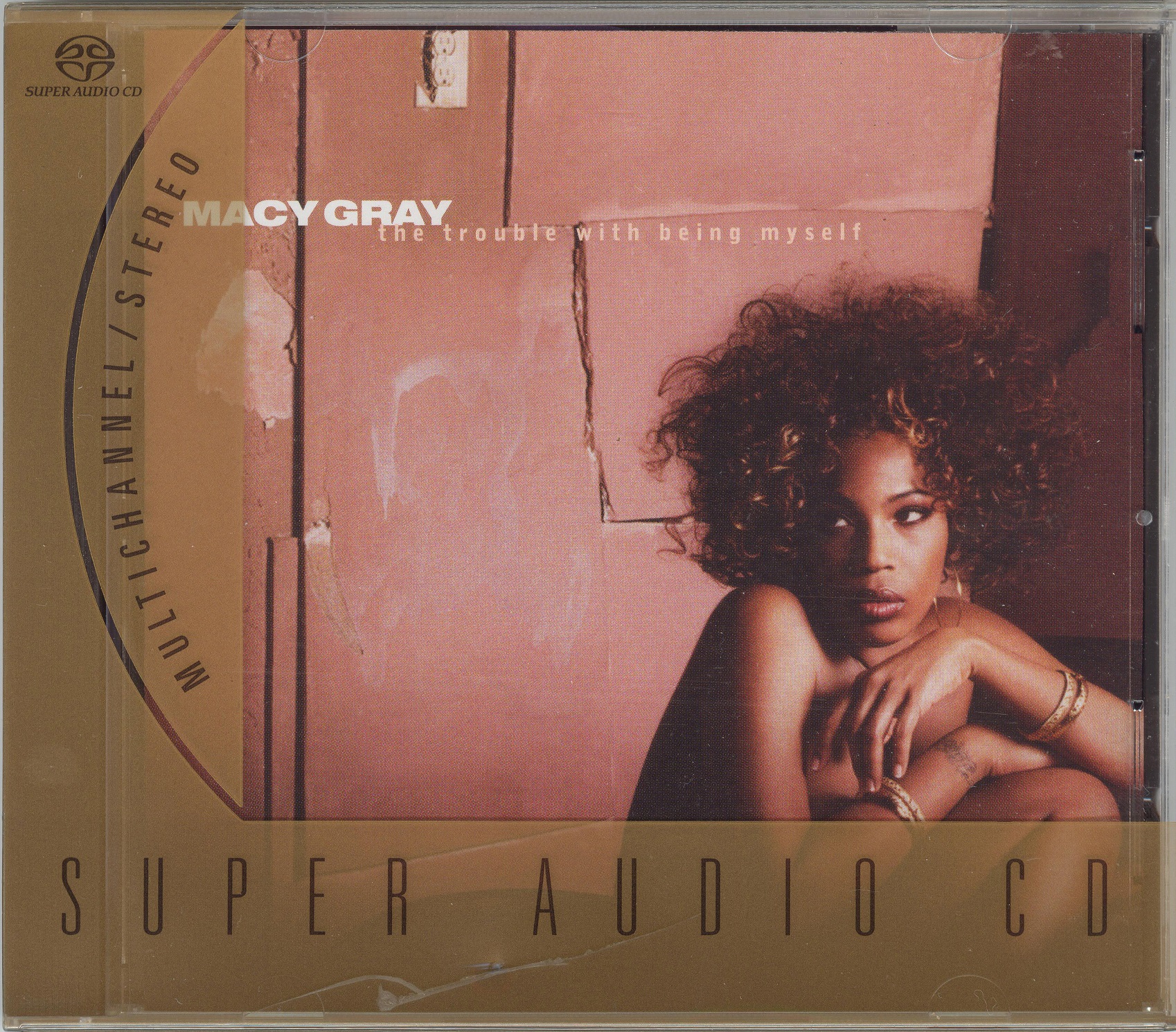 Like Alanis Morissette, Macy Gray has the unenviable task of her work always being measured against her brilliant debut album, On How Life Is. One of the most joyous releases of the decade, its blend of pop and soul seemed to captivate everyone who heard it. Since then Gray’s appeared on the big screen (in Training Day and Spiderman), guested on songs for Santana and Fatboy Slim, and in 2001 tried to recreate the formula of her debut on a follow-up album, The Id – with diminishing returns.

For her third album, The Trouble With Being Myself she’s still wearing her musical influences on her sleeve; Prince, Parliament, Cameo and above all Sly Stone, to whom she bears, at times, an uncanny resemblance. It’s a slick mixture that works best on the frivolous funk of the single “When I See You” or the infectious “Happiness”.

During the album, Macy attempts to address some of the issues raised by the title (see “Things That Made Me Change” or the confessional “She Don’t Write Songs About You”), but the real trouble with being Macy Gray is that her ‘look at me, I’m crazy’ persona sometimes overwhelms her undoubted talents as a singer.
While her quirkiness was initially endearing, it now tends toward cartoonishness. Nowhere is this more obvious than on the murder fantasy “My Fondest Childhood Memories” with its slapstick horror backing and a bizarre homicidal motif borrowed from the first albums “I’ve Committed Murder”.

There’s no question that Gray is one of the most distinctive soul voices around but she could do with material that really displayed that voice to its full effect. The Trouble With Being Myself bubbles along quite pleasantly, but there’s no standout track to rival “I Try”.

It would be far more interesting if, instead of trying to repeat the latters pop genius, she tackled weightier songs. Perhaps then she could emerge as an artist worthy of contemporary soul stars like Jill Scott or Angie Stone or indeed the legends she seeks to emulate.