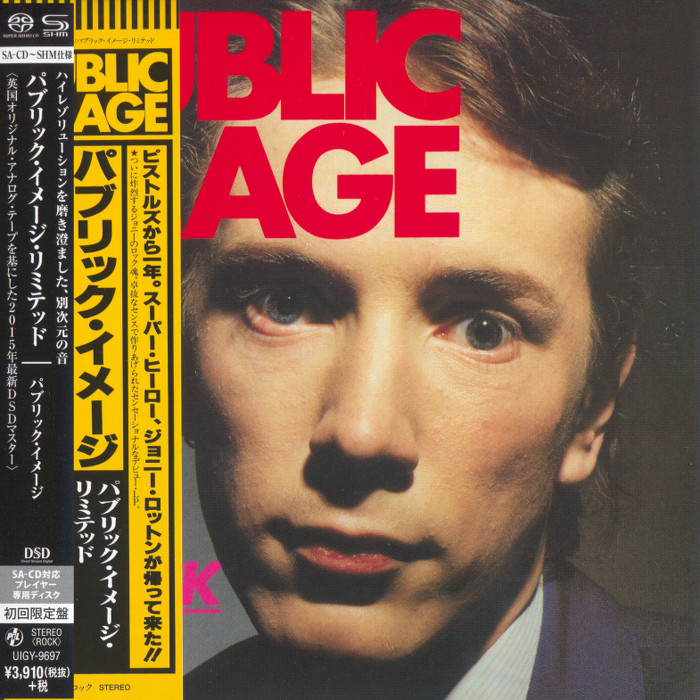 Like it or not, Public Image Limited’s First Issue (aka Public Image) was an album that helped set the pace for what eventually became known as post-punk. In England a vacuum had opened up in the wake of the breakup of the Sex Pistols in January 1978, and many punk fans and rival groups were impatient to see what ex-Sex Pistols frontman John Lydon aka “Johnny Rotten” was going to roll out next. Disheartened owing to events in his legal proceedings against the Sex Pistols management company Glitterbest, and disgusted by the punk scene in general, Lydon was determined to create something that was neither punk nor even really rock as it was known in 1978. Working with ex-Clash guitarist Keith Levene, first-time bassist Jah Wobble, and Canadian drummer Jim Walker, Public Image Limited produced an album that represented the punk sound after it had shot itself in the head and became another entity entirely. Embracing elements of dub, progressive rock, noise, and atonality and driven by Lydon’s lyrical egoism and predilection towards doom, death, and horror, First Issue was among a select few 1978 albums that had something lasting to say about the future of rock music. And not everyone in 1978 wanted to hear it; contemporary critical notices for First Issue were almost uniformly negative in the extreme.