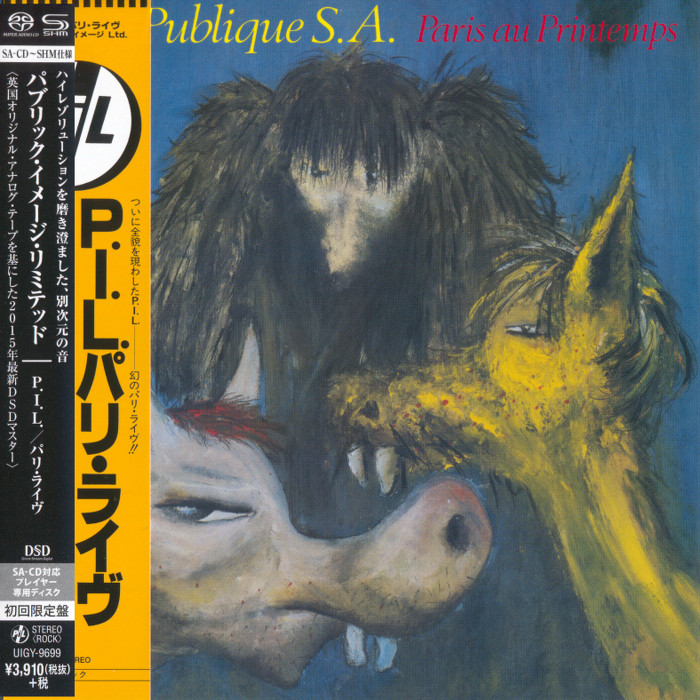 Released primarily to cut down on bootlegs of the same concerts from early 1980, Paris au Printemps catches Public Image Limited at the peak of the band’s career. While the album was criticized at the time for being nothing more than a live album and thus not adhering to the group’s avant-garde rhetoric, the music more than makes up for any breakdown in the band’s ideology. Jah Wobble issues forth pseudo-reggae liquid basslines while John Lydon moans and whelps over heavy, almost free-form guitar from Keith Levene. Although the songs remain quite similar to their album versions, there are far more prominent synth effects on this recording, adding more of an element of dark psychedelia to the mix and enhancing the menacing aspect to such songs as “Bad Baby,” and the droning “Careering.” Meanwhile, the epics – “Theme” from First Issue, and “Poptones” from Metal Box – sound arguably even better live. Unfortunately, while the music is great, the album has been pasted together quite sloppily from two concerts, placing the tracks in a bizarre order while leaving out some of the group’s best numbers. Nonetheless, Paris au Printemps is a fine release, especially in the absence of any other live recordings of the band from this period.