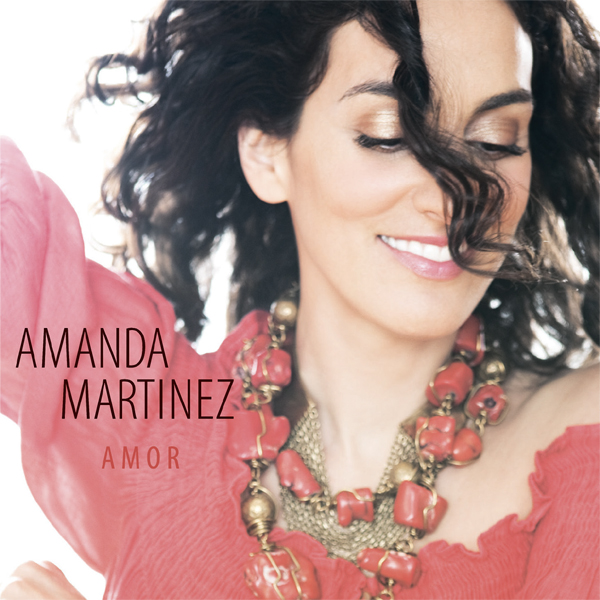 Local music lovers are fortunate that Amanda Martinez let her heart rule her head in terms of her career. After graduating with a Masters degree in business (her earlier degree was in biology), opportunities in the world of banking presented themselves to the Toronto-born singer/songwriter. Simultaneously, her passion for Latin music remained strong, as shown when Martinez began producing and hosting a popular weekly radio show, Café Latino, on local radio station JAZZ FM, as well as performing in city clubs. “I had a decision to make,” she tells Tandem in our recent interview. “Do I go for it, or just keep playing music for my friends as a hobby?” Thankfully, she went for it, and Martinez is now reaping the rewards of that courageous step. On Oct. 20, she releases her second album, Amor, and then launches it in grand fashion with a concert in the prestigious setting of the new Koerner Hall at The Royal Conservatory of Music. That show will be something of a homecoming for Martinez.

“When I was growing up I studied classical piano, and I used to take my exams at The Conservatory. I’d always have these butterflies and a nervous feeling going into that building. It’s very cool to be performing there now. I got to see Koerner Hall while it was under construction, and it’s just beautiful,” she explained. Performing at such a venue confirms the following Martinez has built since releasing her first album, Sola, in 2006. An acclaimed and highly accomplished work, it went on to sell 7,000 copies, a very impressive figure for a jazz-accented release in Canada. It helped earn Martinez multiple nominations at the National Jazz Awards and a Best World Music Artist trophy at Toronto’s Independent Music Awards, while touring with Jesse Cook helped expand her audience beyond Toronto. With Amor, she’ll have a realistic chance at success outside Canada too, and a November performance at New York City’s famed jazz club, The Blue Note, will test the waters there.

Reflecting on the success of Sola, the singer admits she had no specific expectations. “You’d think that as a business graduate, I’d have had sales targets and a big plan,” she says. “I really just went on blind faith. I had the fire in me that I had to get this music out there. I just felt I was bringing some good energy to the universe and was hoping people would respond. In that sense, I guess it did exceed any expectation I must have had somewhere.”

As the daughter of a Mexican-born father and South African Jewish mother, she was exposed to a wide range of music and culture. “I had my first taste of the stage when I was nine-years-old and quite shy,” she says. “I got a part in a camp play and being onstage, I felt the electricity you feel from the audience. That is what I live for; it’s my favourite thing. I love the chemistry that happens in the moment between the musicians and with the audience as well. That’s something I genuinely live for.”

Assisting the chemistry in her band of ace Toronto players is the fact that Martinez is married to her bass player, Drew Birston. Also featured in her group are longtime guitarist Kevin Laliberte, and her Cuban bandmates, Rosendo Leon, Alexander Brown, and Osvaldo Rodriguez. “The Cubanos in the group have so much energy and passion for the music. It always feels like a big party when we get together. I usually cook for the rehearsals, and it is just fun!”

Her group’s prowess and versatility is showcased on Amor, a record that also demonstrates Martinez’s growth as a songwriter (the majority of the tunes are originals) and as a fluent and expressive vocalist. The album stretches beyond the confines of Latin jazz, incorporating world music, cabaret and pop elements. Outside material on Amor includes Mexican favourite “Cucurrucucu Paloma” and “Alcoba Azul,” featured in the film Frida. When it comes to choosing covers, Martinez explains “a song just has to move me. It’s as simple as that. A song that gets me and makes me feel something.”