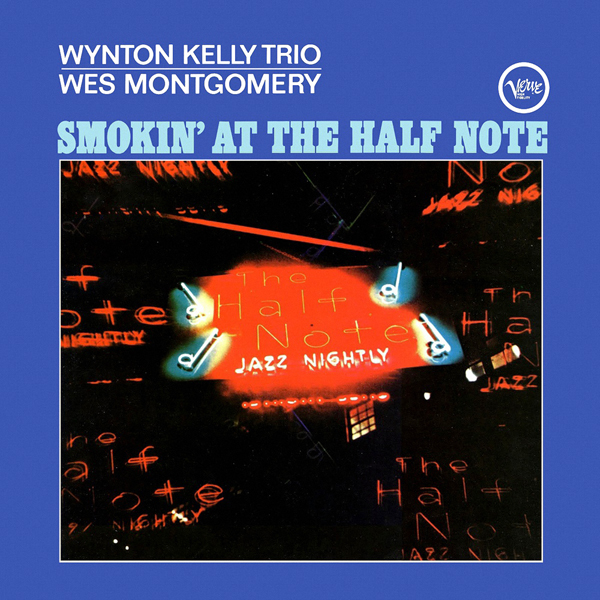 This is timeless music that has inspired innumerable jazz guitarists and aficionados. In fact, jazz guitar great Pat Metheny has said, “I learned to play listening to Wes Montgomery’s Smokin’ At The Half Note.” Metheny additionally said that the solo on “If You Could See Me Now” is his favorite of all time.

This legendary session was recorded at a New York nightclub. It captures Montgomery at the height of his improvisational powers. Many consider it the best performance on record by one of the most inventive guitarists in jazz history.

Highlights include the Miles Davis opener, “No Blues” and the following track, Tadd Dameron’s “If You Could See Me Now.” And the album’s versions of “Unit 7” and “Four On Six” have helped to establish these songs as jazz standards.

Smokin’ at the Half Note is essential listening for anyone who wants to hear why Montgomery’s dynamic live shows were considered the pinnacle of his brilliant and incredibly influential guitar playing. Pat Metheny calls this “the absolute greatest jazz guitar album ever made,” and with performances of this caliber (“Unit 7” boasts one of the greatest guitar solos ever recorded) his statement is easily validated. Montgomery never played with more drive and confidence, and he’s supported every step of the way by a genuinely smokin’ Wynton Kelly Trio. In 1998, Verve reissued the complete show on disc two of Impressions: The Verve Jazz Sides, although the scrambled track order and some non-essential cuts don’t diminish the appeal of the original album. –Jim Smith