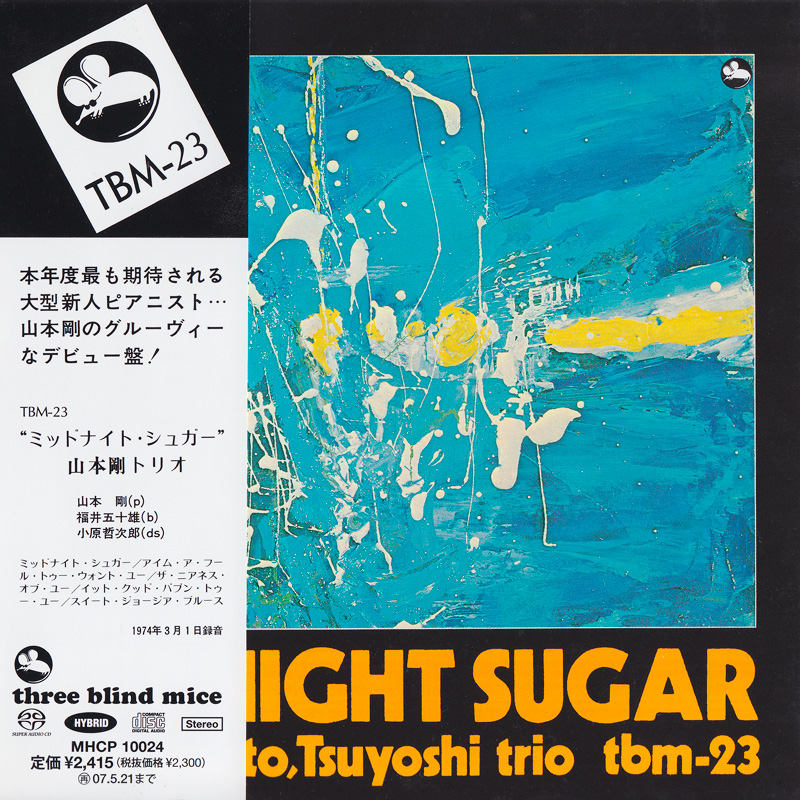 In 1973, a new jazz club called “Misty” opened its doors in Tokyo, and young Tsuyoshi Yamamoto became its “house” pianist in January 1974. TBM producer Takeshi Fujii fell in love with Yamamoto’s bluesy and lyrical playing, and decided to record his trio’s first album. Recorded in March 1974, this album would become the “most exported” of all Three Blind Mice (TBM) titles. Beloved by jazz fans all over the world, this disc captures the trio’s brilliant performance in superb sound quality. The of-the-moment realism of Yoshihiko Kannari’s recordings and production aesthetic of producer and label head Takeshi “Tee” Fujii have been the benchmark to match. It earned the Best Engineering Award and Jazz Disc Award of Swing Journal in 1974. Don’t miss out on this opportunity to add this very rare, limited SACD edition to your collection.

The midnight sugar here comes from pianist Tsuyoshi Yamamoto – who’s playing with a soulful, bluesy sort of style – one that reminds us a bit of Ray Bryant back in the 60s, but which also comes across here with a fair bit of lighter, lyrical touches as well! As with other Three Blind Mice albums from the time, the tracks here are all longish and open-ended – recorded with a nice sort of brightness that breaks from other jazz traditions, and moving in surprising ways at each new twist and turn. The group also features the great Isao Fukui on bass and Tetsujiro Obara on drums – and titles include “I’m A Fool To Want You”, “Midnight Sugar”, “The Nearness Of You”, and “Sweet Georgia Blues”.