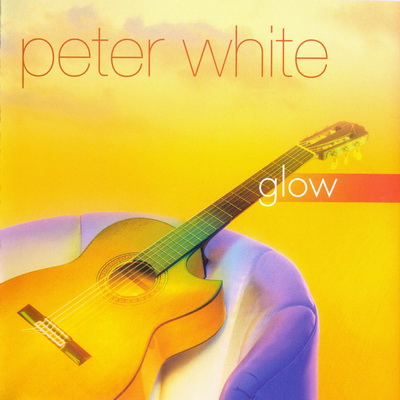 The smooth-jazz acoustic-guitar star gets his R&B groove on throughout many tracks on this beautifully recorded disc, and not just on the obvious tunes like the sneaky Isley Brothers cover, “Who’s That Lady” (with Kirk Whalum cooking on sax), and the old Temptations number, “Just My Imagination,” but also on the very funky “Turn It Out,” with sax man Euge Groove, and the Latin-tinged “Bueno Funk,” with Steve Cole on the horn. The rest of the album is about as dependable and complete an album White has put together since the promise he showed with Basia in the mid-’80s, which is to say smooth-jazz radio and fans are sure to be all over his thoughtful melodies and tasteful arrangements. Other guest stars include trumpeter Rick Braun, the ubiquitous keyboardist Jeff Lorber, and saxophonist Dave Koz, who warms the title ballad. More tracks sure to please fans of the very popular guitarist include “Pedro Blanco,” and “Baby Steps”.

More than most jazz lite artists, Peter White flaunts a restless improvisational sense, which is fully evident on Glow. Aside from a few incidental fills tossed into the breeze by this or that horn player, this is entirely White’s show. His performance on all these tracks, typically over a backdrop of gauzy major-seventh string pads, provides a lesson in long-form jamming against a steady, sensuous backbeat, with octave passages and a buoyant rhythm feel that echo Wes Montgomery. Despite these similarities, White displays a distinctive sound, with blues and Spanish influences perfuming his romantic phrases. The original material is unmemorable, and even such familiar titles as “Just My Imagination” and “Who’s That Lady” stretch into one- or two-chord vamps that serve as broad thoroughfares for his solos; without having to twist through a maze of chord changes, White can kick back, close his eyes, and let long, liquid lines flow. This is, of course, a pretty standard formula among easy listening artists, but White shows an unusual ability to keep things interesting while cruising through open musical vistas. Nothing particularly stands out, nothing detracts or distracts; with the rhythm on autopilot and the wind of White’s acoustic guitar blowing past, it’s a smooth ride all the way.