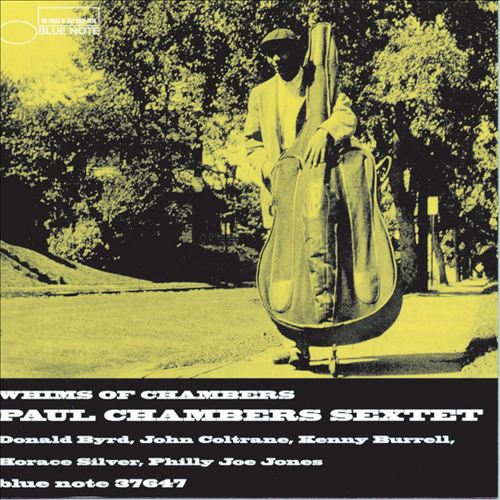 Of the seven songs on this Blue Note date, four are more common than the other three because they contain solos by tenor saxophonist John Coltrane and have therefore been reissued more often. Actually there are quite a few solos in the all-star sextet (which includes the bassist-leader, Coltrane, trumpeter Donald Byrd, guitarist Kenny Burrell, pianist Horace Silver, and drummer Philly Joe Jones) and all of the players get their chances to shine on this fairly spontaneous hard bop set. Coltrane’s two obscure compositions (“Nita” and “Just for the Love”) are among the more memorable tunes and are worth reviving. “Tale of the Fingers” features the quintet without Coltrane, the rhythm section stretches out on “Whims of Chambers,” and “Tale of the Fingers” is a showcase for Chambers’ bowed bass. This is a fine effort and would be worth picking up by straight-ahead jazz fans even if John Coltrane had not participated.