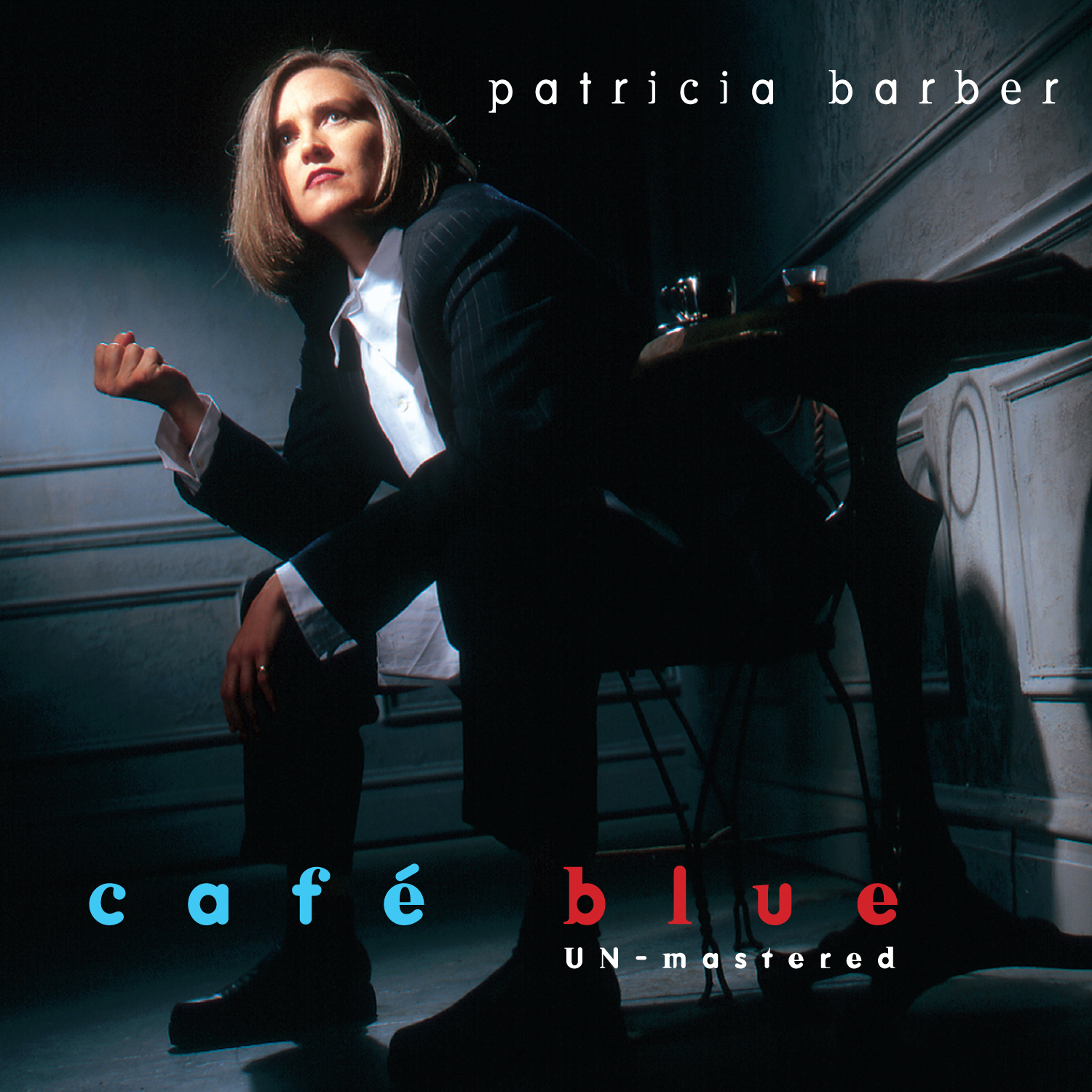 Premonition Records’ reissue of Patricia Barber’s audiophile classic, Café Blue on Hybrid SACD and un-mastered. For the first time, listeners will be able to hear the mixes as they were done in the studio and not in the mastered -for-release form of all prior releases. This is the closest audio fans will get to the studio mixes – Capitol Studios remix from 2011 – and it is a remarkable experience. Now is a much quieter recording busting with dynamic contrasts.

Patricia Barber, who is both a fine keyboardist and an atmospheric singer, contributes roughly half of the material to her Premonition debut. Her dark voice and the generally esoteric program takes awhile to get used to (listeners will have to be patient), but after two or three listens, this thought-provoking and rather moody set becomes more accessible. The music ranges stylewise from sophisticated pop sensitivities to the avant-garde and even touches of minimalism, while not fitting securely into any category. Barber gives a new slant to “The Thrill Is Gone,” “Ode to Billy Joe,” and even “A Taste of Honey,” and her vocals are all quite haunting and contemporary. An added plus to this unusual music is adventurous guitarist John McLean.

Cafe Blue was recorded at Chicago Recording Company in early 1994 by recording engineer Jim Anderson. It was the first release Barber recorded for Premonition Records. Recorded in 16/48 kHz on a 32-track Otari machine, the original multitracks were then transferred and remixed in 2011 at Capitol Studios in Holywood, California.

Cafe Blue itself is so special that it outshines its peers. This recording of an outstanding female vocalist won more than 15 awards of best reviews from international major magazines of music institutions. But the most important aspect of this disc crystallizes in the two songs for which Barber herself has written the lyrics. The down-and-out sophistication of “What A Shame” and the self-effacing wonderment of “Too Rich For My Blood”, show a serious jazz musician exploring the emotional domain normally occupied by pop and rock artists.

“…Premonition has taken an oft-reissued audiophile chestnut, Barber’s 1994 quirky and capitvating Cafe Blue, and handed over the Capitol Studio 2011 mix to the estimable engineer Gun Skinas for a new hybrid CD/SACD disc. Rather than retouching the work of the previous mastering engineers, Skinas has “unmastered: the digitual recording, removing the fine tuning and limiting often engaged to commercial recordings. His intention was to let the benefits of DSD shine particularly in “its ability to preserve the integrity of the very quiet parts of the music” and more specifically to caputre the magic of Capitol’s analog reverb chambers and custom Neve board…the SACD sounds more analog than even the excellent 2011 two-LP set…” – Patricia Barner, The Absolute Sound

“Unlike any other version thus far released. You feel the character of Capitol’s vintage Neve console and you hear all the detail and feel and space of those famous analog reverb chambers”. -— Gus Skinas, The Super Audio Center.