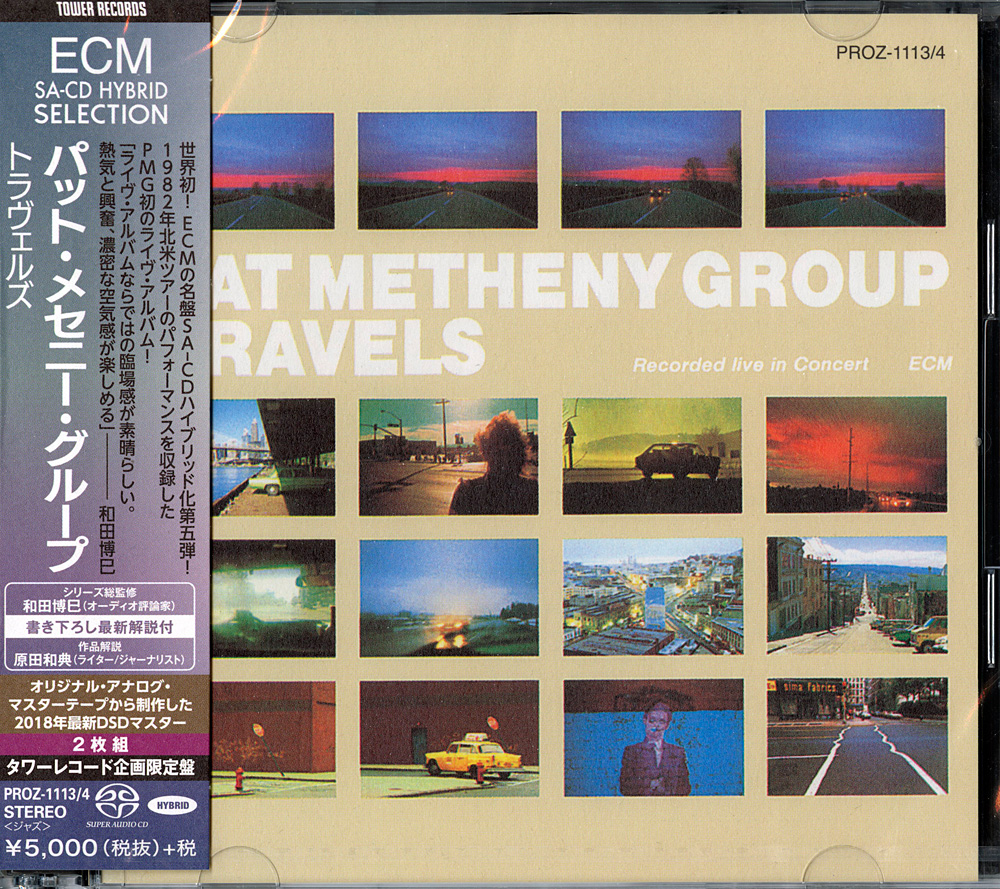 Travels is the Pat Metheny Group’s first live album, released in 1983. It won the Grammy Award for Best Jazz Fusion Performance. Travels was recorded as part of the tour for the Group’s studio album, Offramp, but also featured previously unrecorded and unreleased songs. The album consists of live material recorded in July, October, and November 1982, in Philadelphia, Dallas, Sacramento (California), Hartford (Connecticut), and Nacogdoches (Texas). The Group for this album consisted of Pat Metheny, Lyle Mays, Steve Rodby, Dan Gottlieb, and Nana Vasconcelos as special guest.

Now well into its gliding Brazilian-tinged mode, the Pat Metheny Group hits the road, as this two-CD set catches the band live in Dallas, Philadelphia, Hartford, Sacramento, and Nacogdoches, TX. Percussionist Naná Vasconcelos is still listed as a “special guest,” but ever since Wichita Falls, he had not only been a part of the group, he was the transforming element in the Metheny “sound,” adding his various shakers, effects and ethereal vocals. Sidekick Lyle Mays gets deeper into floating, glistening synthesizer textures, but he is still able to take formidable and touching solos on acoustic grand piano. Still experimenting with new hardware, Metheny’s work on a detuned guitar synthesizer gives the live “As Falls Wichita, So Falls Wichita Falls” an exotic Balinese-like sound. Other highlights are the hard Brazilian grooves on “Straight On Red” and “Song for Bilbao,” as well as the trademark Metheny glide of “Are You Going With Me?” – and the brief title track has a winning, guileless simplicity much like that of Keith Jarrett in a prayerful mood. If you liked the popular Offramp, you’ll fall for Travels, too, but get the former album first.