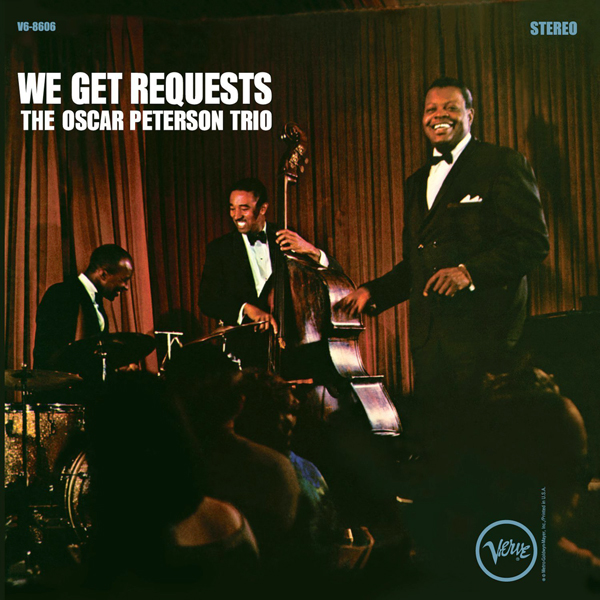 When Jim Davis started producing records at Verve, he changed the company’s recording philosophy toward its most prolific instrumentalist. Where Norman Granz had produced countless Oscar Peterson albums dedicated to the popular song, Davis was more interested in making albums closer to how the Peterson trio sounded live. His first Peterson records were the legendary London House sessions. By the time of this album, there had been no personnel change in the trio for five years – so it is no surprise that the rapport among the musicians here is telepathic.

„Pianist Oscar Peterson has long been such a consistent performer that none of his records are throwaways, but this particular set is weaker than most. Since several of the songs are the type that in the mid-’60s would get requested (such as ‘People,’ ‘The Girl from Ipanema,’ and ‘The Days of Wine and Roses’), the program would not seem to have much potential, but Peterson mostly uplifts the material (although not much could be done with ‘People’) and adds a few songs (such as his own ‘Goodbye, J.D.’ and John Lewis’ ‘D & E’). Overall, this is a reasonably enjoyable Oscar Peterson session, featuring bassist Ray Brown and drummer Ed Thigpen.“ –Scott Yanow