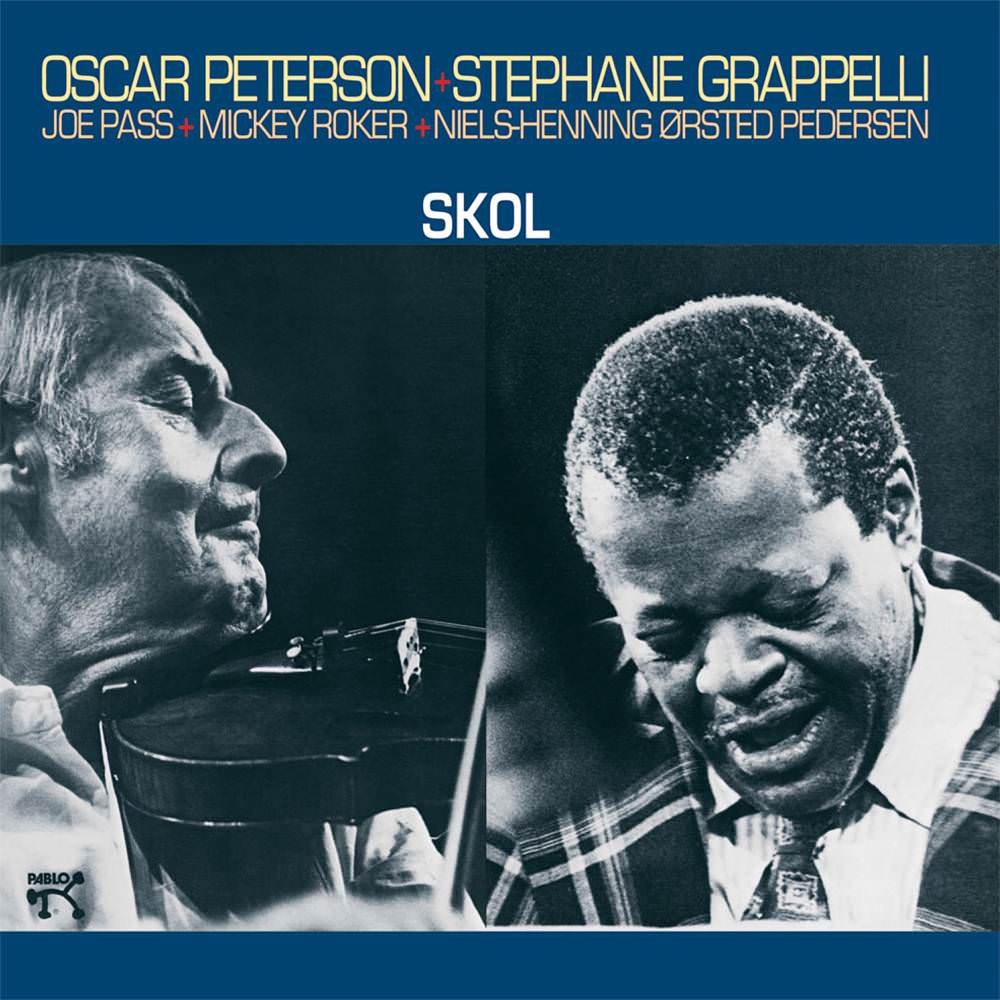 Skol is one of the great cooperative sessions among jazz recordings. Swinging and fellow feeling, not leadership or stardom, were the primary considerations when Norman Granz put together in concert Oscar Peterson, Stephane Grappelli, Joe Pass, Mickey Roker, and Niels-Henning Ørsted Pedersen.

Pianist Oscar Peterson and violinist Stephane Grappelli meet up for this Scandinavian concert. The “backup” crew (guitarist Joe Pass, bassist Niels Pedersen, and drummer Mickey Roker) isn’t too bad either. In addition to a closing blues (which is highlighted by tradeoffs from Peterson and Grappelli), the quintet performs five veteran standards with creativity and swing.

The musicians were Danish, American, French, and Canadian, and the international language at Copenhagen’s Tivoli Gardens that night was jazz. In Django Reinhardt’s “Nuages,” with its tender solos by Pass, Grappelli, and Peterson, there are intimations of the Quintet of the Hot Club of France that Grappelli led with Reinhardt in the 1930s. Grappelli soloed at greater length than he customarily did in studio recordings, Peterson with notable restraint and, at the same time, intensity. Pass and Ørsted Pedersen had a great night. Roker, as always, supplied inspiration and perfect time. Standards—including the previously unreleased selections “Honeysuckle Rose,” “Solitude,” and “I Got Rhythm”—make up the repertoire, except for the spontaneous blues that gives the album its name.