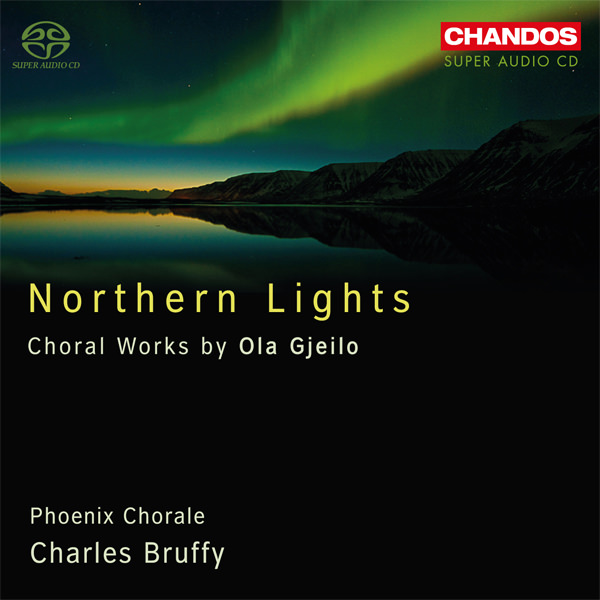 The critically acclaimed, Arizona-based Phoenix Chorale (formerly Phoenix Bach Choir) originally focused on music of the Renaissance and baroque periods, but today is equally dedicated to the creation and performance of new music.

On this album the Choir performs choral works, and settings of sacred texts by the Norwegian composer Ola Gjeilo.

When he first heard Gjeilo’s Ubi caritas, Charles Bruffy was instantly hooked, finding the music ‘refreshing and magnetic’. Bruffy brought Gjeilo’s music to the Chorale and its audiences, and the response was immediate. Soon after, Gjeilo was invited to be the Chorale’s first Composer-in-Residence.

Phoenix, a setting of the Agnus Dei, is dedicated to Charles Bruffy and the Phoenix Chorale in honour of its fiftieth anniversary. When Gjeilo first visited the choir in Arizona, he had never been to the desert before, and the ‘quiet beauty and barrenness of the landscape’ moved him deeply. He describes Phoenix as ‘symphonic in nature… one of those pieces where the text is very much the servant of the music, not the other way around’.

In contrast, Northern Lights takes its inspiration from Gjeilo’s homeland, Norway, and the ‘terrible beauty’ of the natural phenomenon that may be observed there. The music reflects the powerful and electric quality of the northern lights, which must have seemed both mesmerising and terrifying to people in the past when no one knew what they were, and superstition prevailed.

The Phoenix Chorale made its first appearance on Chandos in 2004 with Shakespeare in Song. Since then it has released several joint recordings with its sister choir, the Kansas Chorale, featuring among others Alexander Grechaninov’s Passion Week, the disc nominated for a Grammy in no fewer than four categories, including Best Classical Album and Best Choral Performance, winning in the Best Engineered and Classical album categories.