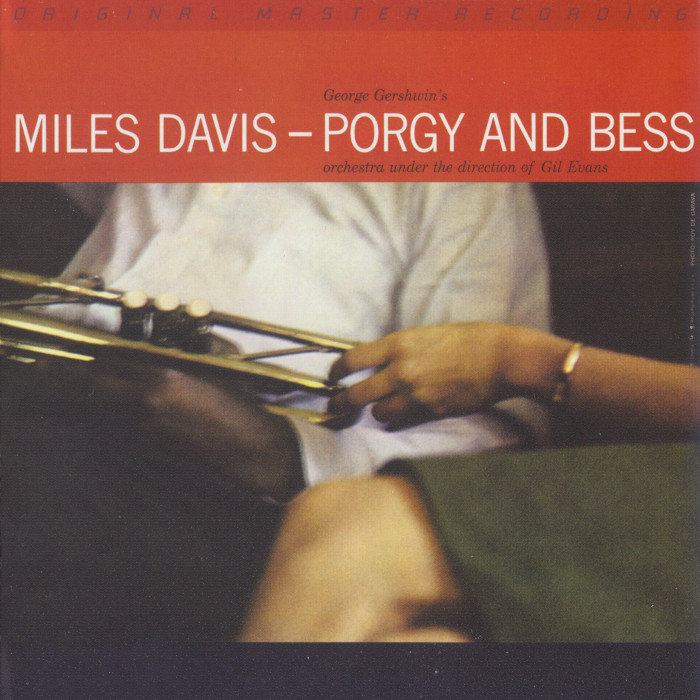 Porgy and Bess is a studio album by jazz musician Miles Davis, originally released on Columbia Records. The album features arrangements by Davis and collaborator Gil Evans from George Gershwin’s 1935 opera of the same name. It is the second collaboration between Davis and Evans and has garnered much critical acclaim since its release, being acknowledged by music critics as the best of their collaborations. Jazz critics have regarded the album as historic.

Tomes are available annotating the importance of this recording. The musical and social impact of Miles Davis, his collaborative efforts with Gil Evans, and in particular their reinvention of George Gershwin’s Porgy and Bess are indeed profound. However, the most efficient method of extricating the rhetoric and opining is to experience the recording. Few other musical teams would have had the ability to remain true to the undiluted spirit and multifaceted nuance of this epic work. However, no other musical teams were Miles Davis and Gil Evans. It was Evans’ intimate knowledge of the composition as well as the performer that allowed him to so definitively capture the essence of both. The four dates needed to complete work on Porgy and Bess include contributions from several members of his most recent musical aggregate: Julian “Cannonball” Adderley (alto sax), Paul Chambers (bass), and Jimmy Cobb (drums). Although the focus and emphasis is squarely on Davis throughout, the contributions of the quartet on “Prayer (Oh Doctor Jesus),” “I Loves You, Porgy,” and “There’s a Boat That’s Leaving Soon for New York” are immeasurable. They provide a delicate balance in style and, under the direction of Evans, incorporate much of the same energy and intonation here as they did to their post-bop recordings. There is infinitely more happening on Porgy and Bess, however, with much of the evidence existing in the subtle significance of the hauntingly lyrical passages from Danny Banks’ (alto flute) solos, which commence on “Fishermen, Strawberry and Devil Crab.” Or the emotive bass and tuba duet that runs throughout “Buzzard Song.” The impeccable digital remastering and subsequent reissue – which likewise applies to the Miles Davis & Gil Evans: The Complete Columbia Studio Recordings box set – only magnifies the refulgence of Porgy and Bess. Likewise, two previously unissued performances have been appended to the original baker’s dozen. No observation or collection of American jazz can be deemed complete without this recording.