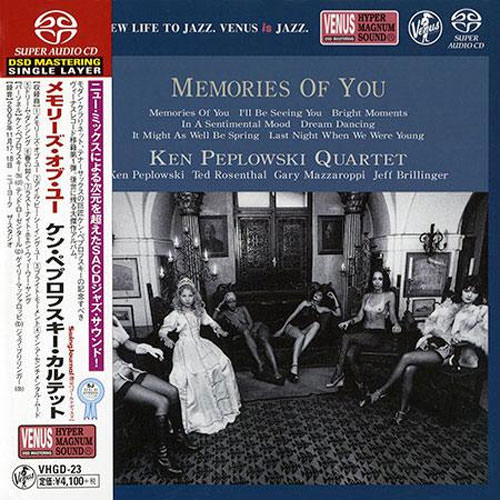 Ken Peplowski has recorded approximately 50 CDs as a soloist, and close to 400 as a sideman – some of the artists he’s performed/recorded with include Charlie Byrd, Mel Torme, Rosemary Clooney, Erich Kunzel and the Cincinnati Pops, Hank Jones, Peggy Lee, Bill Charlap, Woody Allen, Benny Goodman, and Madonna. He travels at least half of every year, playing clubs, concert halls, colleges, and pops concerts. He has headlined the Hollywood Bowl, Carnegie Hall, the Blue Note, and Dizzy’s Club amongst many other venues. In 2014, Ken was the recipient of the Sarasota Jazz Festival’s “Satchmo” award, given to him for his “unique and enduring contribution to the living history of jazz”; in March, Ken was also given a “Highlights In Jazz” concert in NYC honoring him for “his matchless musical achievements”.

Ken Peplowski is among the top clarinetists and tenor saxophonists of his generation. After a long, fruitful period recording as a leader for Concord, Peplowski started getting a number of offers to record for overseas labels. He alternates between the two instruments during these 2006 sessions, well accompanied by pianist Ted Rosenthal, bassist Gary Mazzaroppi (long Marian McPartland’s bassist of choice), and drummer Jeff Brillinger, all veterans like the leader. Peplowski’s lush tenor in the first interpretation of “Memories of You” recalls Ben Webster with his soft, breathy vibrato and lyrical style. He also caresses Roland Kirk’s infrequently heard ballad “Bright Moments” and renders an elegant “Dream Dancing” as well. On clarinet, Peplowski’s magical treatment of “In a Sentimental Mood” (backed solely by bass at first) suggests a bird’s song.