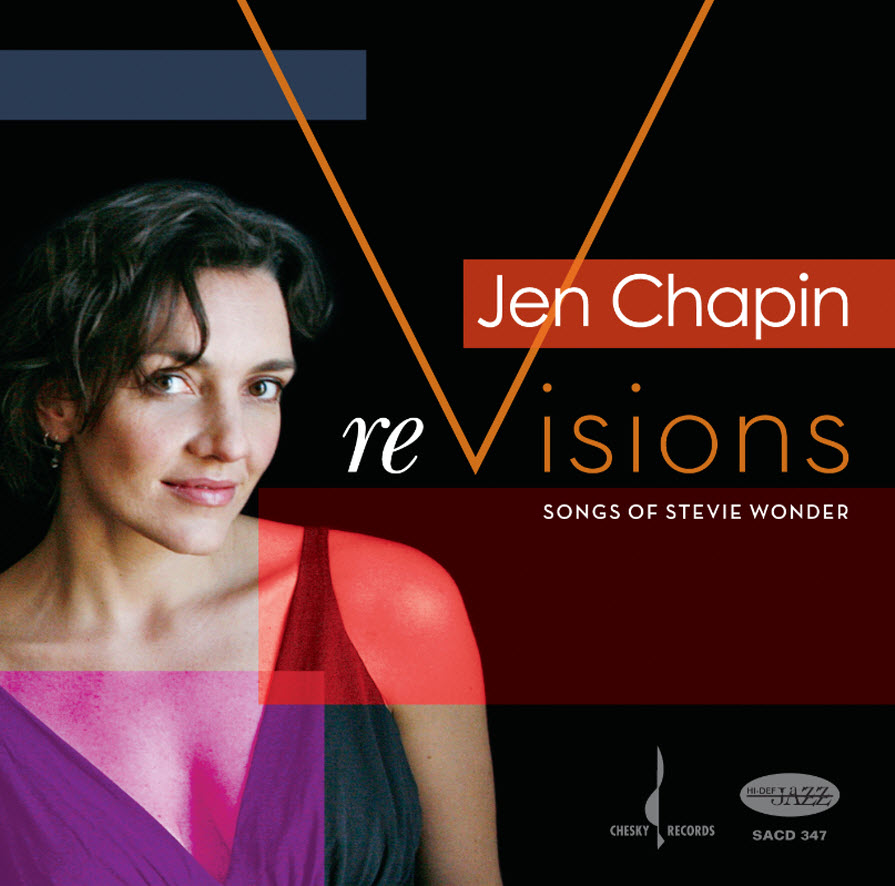 Jen Chapin, the daughter of the late folksinger Harry Chapin, has performed many styles of music and is not one to be easily classified. She is not the first artist to explore the music of Stevie Wonder in a jazz setting, nor is she the first vocalist to do so. But her stripped-down settings utilizing her husband Stephan Crump on bass and saxophonist Chris Cheek are striking, because they omit keyboards entirely and effectively blend pop, soul, and jazz into music that should be accessible to a wide variety of listeners. Chapin also skips over the Wonder compositions favored by jazz artists, opening with the funky “You Haven’t Done Nothin’,” in which Crump adds some percussion by tapping the body of his bass while Cheek’s sonorous baritone provides a perfect foil for the leader’s hip vocals. The sparse instrumental backing also works beautifully in her treatment of the reggae piece “Master Blaster (Jammin’).” Chapin saunters over the infectious bassline of “Village Ghetto Land,” with Cheek’s playful soprano dancing around her delicious vocal, while she captures the sassy attitude of “Big Brother” perfectly. Jen Chapin’s spirit of adventure is to be applauded in an age when too many singers either restrict themselves to safe standards or songbooks of all too frequently recorded works.