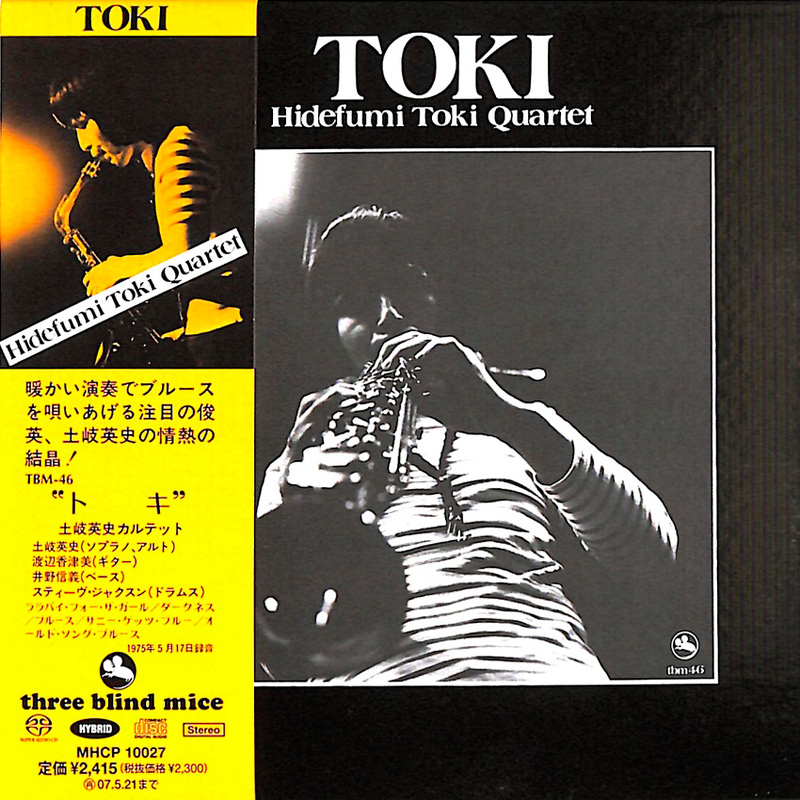 Hidefumi Toki is one of the prominent alto saxophonists in Japan. Born in 1950, he had formal and classical musical education on clarinet in high school and saxophone in college. Although he eventually quit school to become a full-time jazz musician, some say that his classical training helped him acquire his beautiful tone. Recorded in 1975 for Three Blind Mice, this debut album featured his superb regular group at the time, a pianoless quartet including the incredible Kazumi Watanabe on guitar, Nobuyoshi Ino on bass and an American expat Steve Jackson on drums.

Toki’s beautiful alto and soprano soar on his own compositions (“Lullaby for the Girl,” “Darkness” and “Old Song Blues”) as well as Ornette Coleman’s “Blues.” Watanabe’s backing and chord work is so adept and sophisticated that at first listen you’d not even realize that there’s no pianist on this set. According to the producer’s note, all numbers except one were completed in one take and the entire session lasted less than four hours! You can actually tell the young musicians were so in tune with each other and on fire! This is one heck of a rousing, swinging, powerful jazz album.