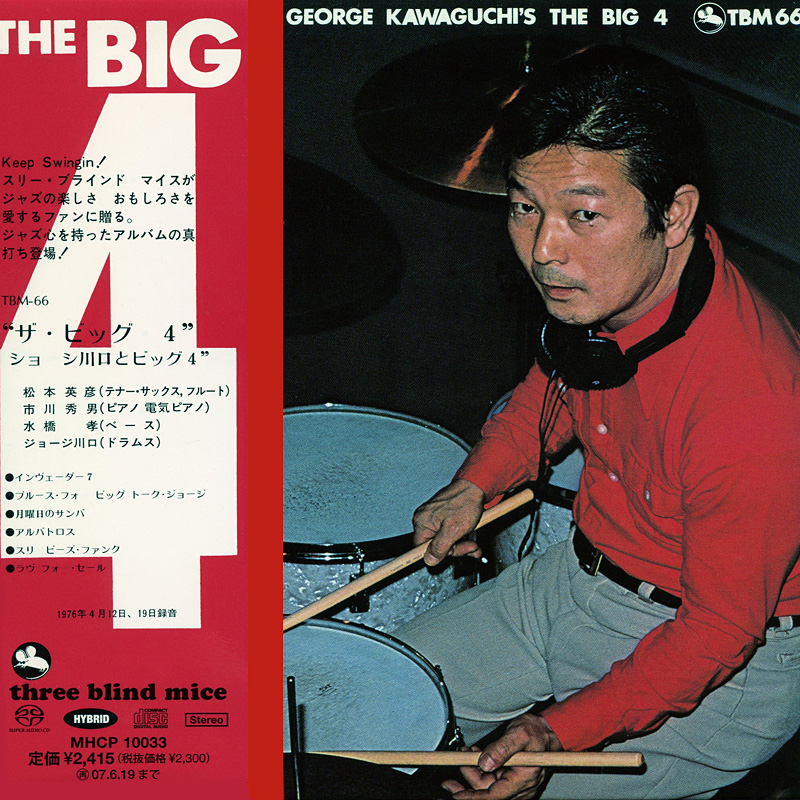 Joji “George” Kawaguchi was a Japanese jazz drummer and bandleader. The Big Four had their debut concert in a large theater, Nichigeki in Yurakucho, Tokyo in May 1953. The Big Four was named the Number 1 combo in the 1954 by Swing Journal poll and created an all-time Jazz boom in Japan. George Kawaguchi was voted Number 1 drummer six years in a row. The Big Four played intermittently into the 1980s. George Kawaguchi played extensively with Art Blakey on tour in the 1980s. He also recorded extensively as a leader until his death in 2003.