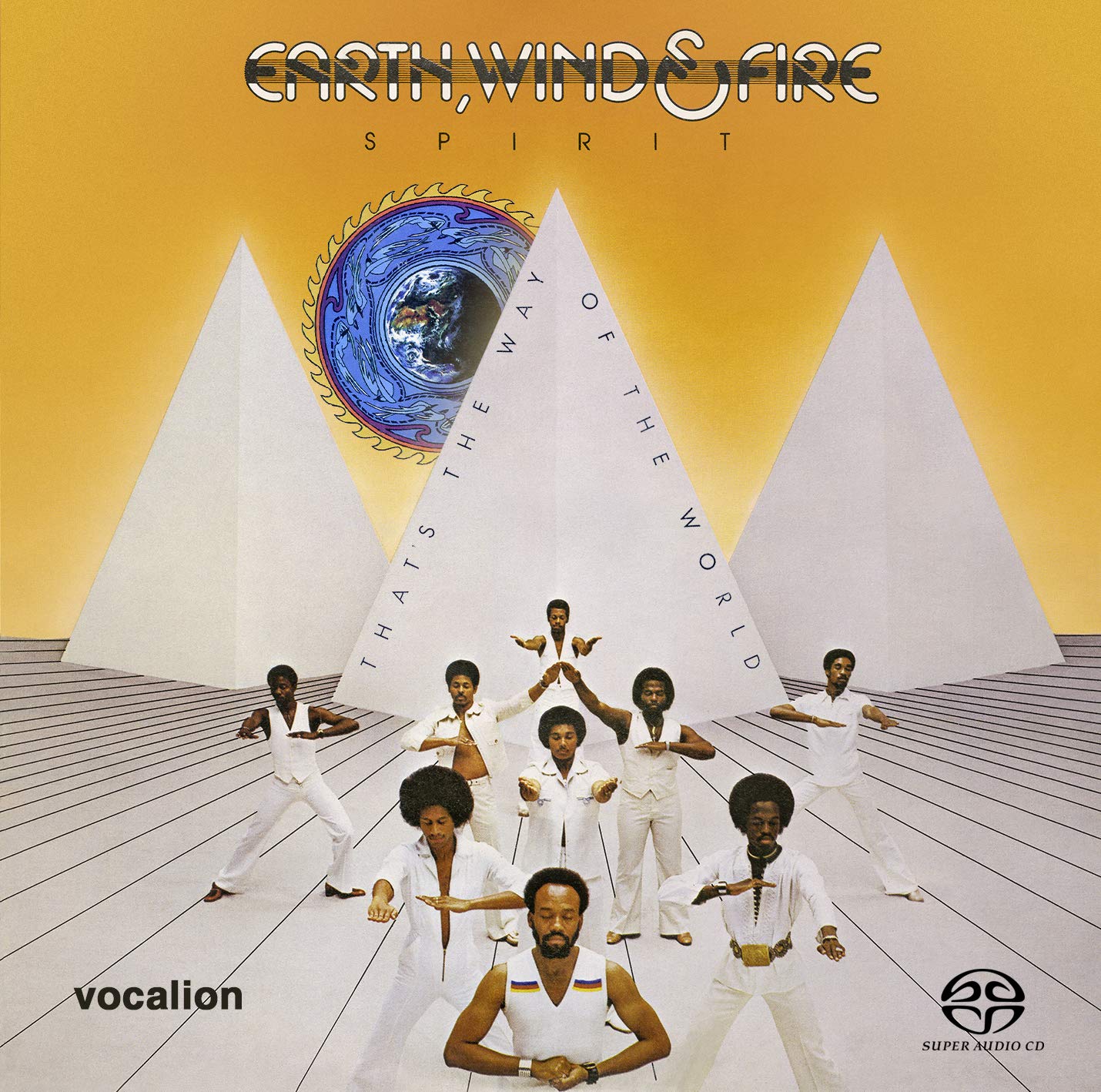 Earth, Wind & Fire hit their peak in 1975 with their multi-platinum album “That’s the Way of the World”, excelling the band into absolute stardom with their hit title track and funky “Shining Star”. If you could have only one EWF release, this would be the best choice, and even better yet it has now been released on a quad hybrid SACD that also contains the follow-up 1976 album “Spirit”. Their powerful blend of funk and soul extends to the remainder of the album with no dull moments found within. “That’s the Way of the World” can easily be considered one of the strongest albums of the ’70s and has been impeccably remastered by Michael J. Dutton for the Dutton Vocallian reissue label.

That’s The Way Of The World
Earth, Wind & Fire has delivered more than its share of excellent albums, but if a person could own only one EWF release, the logical choice would be That’s the Way of the World, which was the band’s best album as well as its best-selling. Open Our Eyes had been a major hit and sold over half a million units, but it was World that established EWF as major-league, multi-platinum superstars. Fueled by gems ranging from the sweaty funk of “Shining Star” and “Yearnin’ Learnin'” to the gorgeous ballad “Reasons” and the unforgettable title song, EWF’s sixth album sold at least five million units. And some of the tracks that weren’t major hits, such as the exuberant “Happy Feelin'” and the gospel-influenced “See the Light,” are equally powerful. There are no dull moments on World, one of the strongest albums of the 1970s and EWF’s crowning achievement.

Spirit
With That’s the Way of the World having enjoyed multi-platinum success, Earth, Wind & Fire had a lot to live up to when the time came for another studio project. And the soul powerhouse didn’t let anyone down (either commercially or creatively) on the outstanding Spirit, which boasted hits ranging from the optimistic “On Your Face” and the passionate funk classic “Getaway” to the poetic ballad “Imagination.” Philip Bailey is as charismatic as ever on “Imagination” and the gorgeous title song. Maurice White’s message and vision (an interesting blend of Afro-American Christianity and Eastern philosophy) was as positive and uplifting as ever, and as always, EWF expressed this positivity without being Pollyanna-ish or corny. And even if one didn’t take EWF’s calls for unity, hard work, self-respect, and faith in God to heart, they had no problem with their solid grooves.