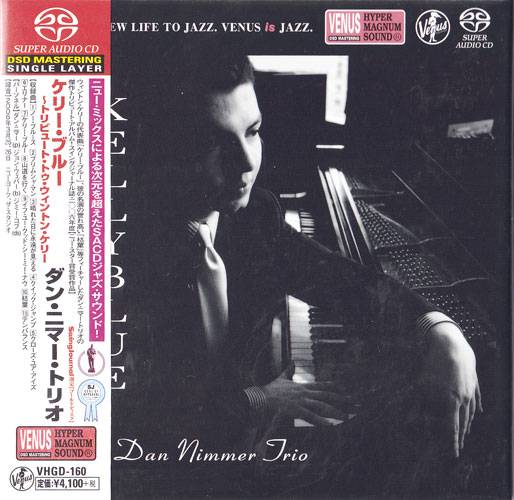 Dan Nimmer is an American jazz pianist and composer. As the title suggests, Nimmer’s second release for Venus Records is a tribute to Wynton Kelly, who was a swingy, bluesy and funky genius and a groove master who worked with Miles Davis and others. Jimmy Cobb, the veteran drummer who played with Kelly in the historic “Kind of Blue” session, bridges the two generations and validates Nimmer’s efforts with his impeccable groove.

In 2004, Wynton Marsalis hired 21-year-old Dan Nim-mer for his quartet and for the Jazz at Lincoln Center Orchestra. It is easy to hear what Marsalis likes about Nimmer. He has lights-out chops and is a deeply traditional player.

Nimmer’s second recording as a leader, Kelly Blue, is a curious project. It is described as a Wynton Kelly tribute, but it is more like a channeling. Nimmer does a Wynton Kelly so exact it is spooky. He not only gets the elastic snap of Kelly’s swing, his harmonic ingenuity and his scurrying phrasing, he gets Kelly’s single most inimitable characteristic: his touch. Like Kelly, Nimmer can make every note pop like a champagne bubble. Nimmer provides lush, complete, immaculate trio versions of songs Kelly usually recorded with horns (“Autumn Leaves,” “No Blues,” “On the Trail”). His portamento portrayal of “If You Could See Me Now” is even more luminous than Kelly’s and is the highlight of the album. The songs that Kelly never knew (like the ultra-funky Nimmer original “Brimsha Man”) sound like Kelly has come back to earth to play them. It’s all great fun, but the question (as it so often seems to be for musicians associated with Wynton Marsalis) is whether Nimmer’s technique and intimacy with history will eventually lead to the development of a distinctive personal voice.