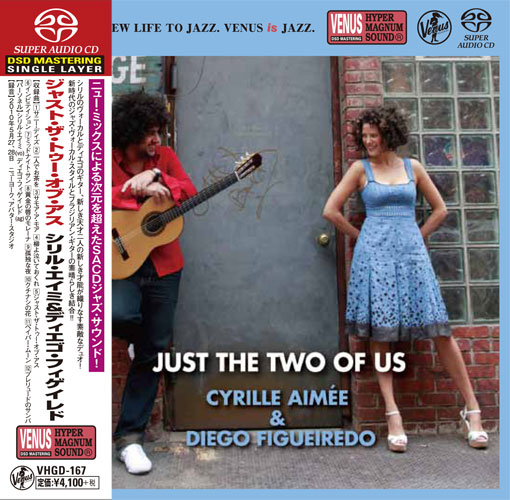 The young and talented duo of French-born singer Cyrille Aimée and Brazilian guitarist Diego Figueiredo is a perfect match! As a duo, they cover a large musical territory from jazz standards, pops, samba, French chanson and Cuban bolero to original compositions, Aimée’s expressive vocals and Figueiredo’s virtuosic guitar playing combine to create a unique aesthetic that is upbeat and very attractive.

Cyrille Aimée was born in a suburb of Paris to a French father and a Dominican mother, and began singing the so-called French Gypsy jazz. She moved to the United States in 2005 to attend a conservatory at State University of New York Purchase and studied under Pete Malinverni, Jon Faddis and Jimmy Greene. She won the Montreux Festival Jazz Voice Competition in 2007 and was a finalist in the prestigious Thelonious Monk Vocal Competition of 2010.

Diego Figueiredo was born in the state of Sao Paulo, Brazil, and began playing the guitar professionally at age 15. He won a music contest in 2009 and obtained a scholarship at Berklee School of Music. Winner of numerous awards, he moved to New York in 2006.