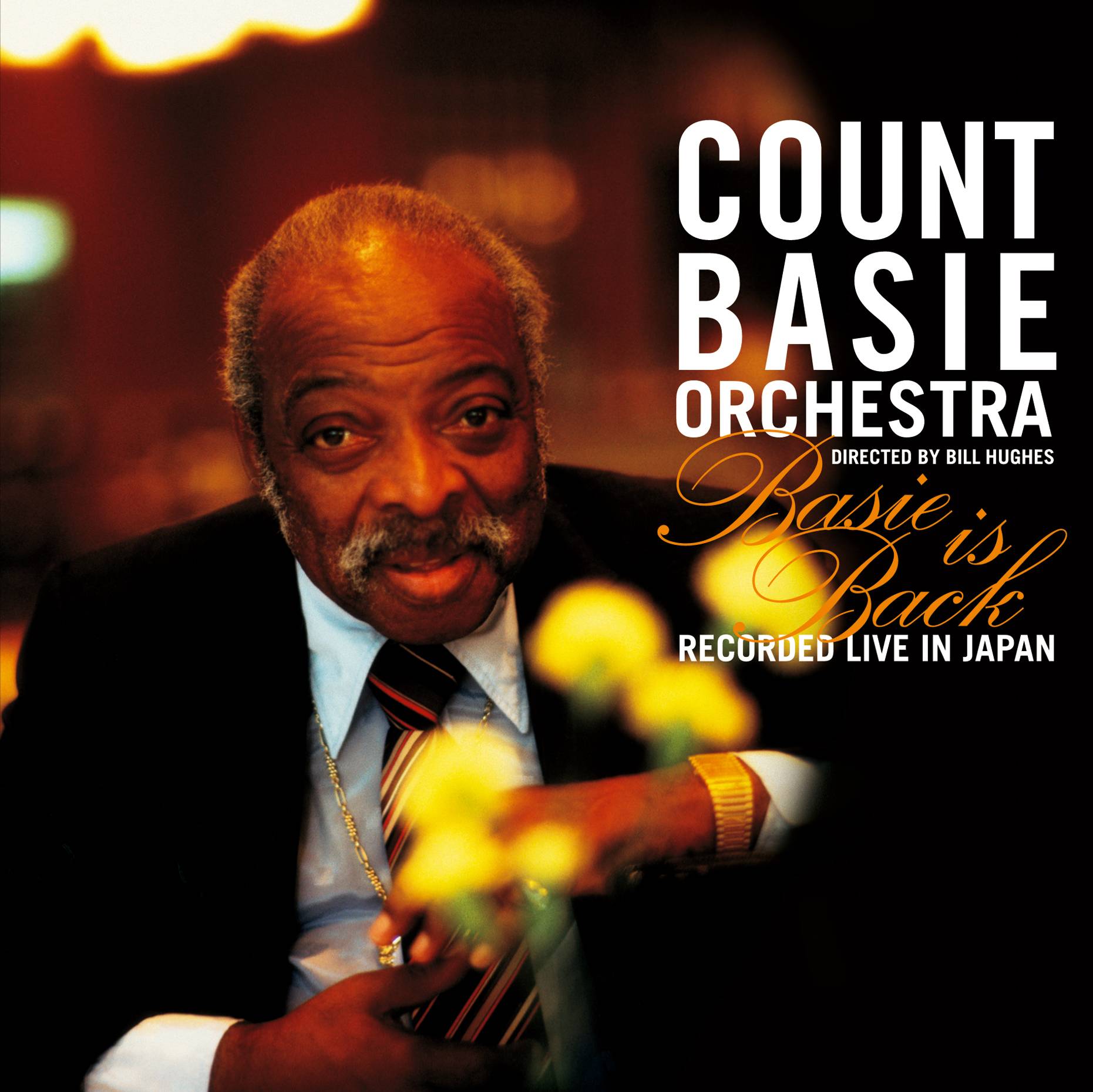 No, the Count isn’t literally back… in fact, he’s never really been away, as the Count Basie Orchestra has kept rolling along under a series of leaders since Basie’s death in April 1984. This latest incarnation, directed by the Count’s longtime bass trombonist Bill Hughes, was recorded in concert in October ’05 at Denryoku Hall in Sendai, Japan. Following in the footsteps of Basie’s Old Testament and New Testament bands, Aaron Woodward writes in his liner notes, “We are calling this the ‘Born Again’ era of the Count Basie Orchestra”.

Critics have often had reservations with any ghost band touring long after the death of the leader, along with the retirement or death of the musicians that helped make the band famous. But the Count Basie Orchestra has remained active since their leader’s death in 1984 for one good reason: the musicians hired to take the place of previous players have been true to the band book while still offering swinging solos. Unlike the Duke Ellington Orchestra, which was handicapped by the death of the leader (who also served as an arranger and composer who wrote specifically for the strengths of individuals who played with him), Basie’s band relied more on an easygoing swing and less of a personalized sound that could be comprised severely due to someone’s departure.

That said, the new edition of the band, led by trombonist Bill Hughes utilizes both existing band charts and updated treatments of favorites. As a result, this concert recording proves that Basie’s music is not a museum piece to be played with exactness, but with ears open to the future. Most of the repertoire, aside from obvious requests like “One O’Clock Jump” and “Jumpin’ at the Woodside,” come from the band’s repertoire of the ’50s and ’60s, with a few twists. The lush ballad “We’re in Love Again,” a feature for baritone saxophonist John Williams, was a rare composition by Ellington’s star baritone saxophonist Harry Carney. Sadly, the liner notes fail to identify the soloists, though each of the performances is enjoyable. One Basie veteran who returned to the fold for this concert is drummer Butch Miles, who appeared on a number of Basie’s recordings in the second half of the ’70s. Of all the so-called “ghost” or “tribute” bands active in the 21st century, the Count Basie Orchestra remains on top by a wide margin, with the proof evident on this swinging live release.