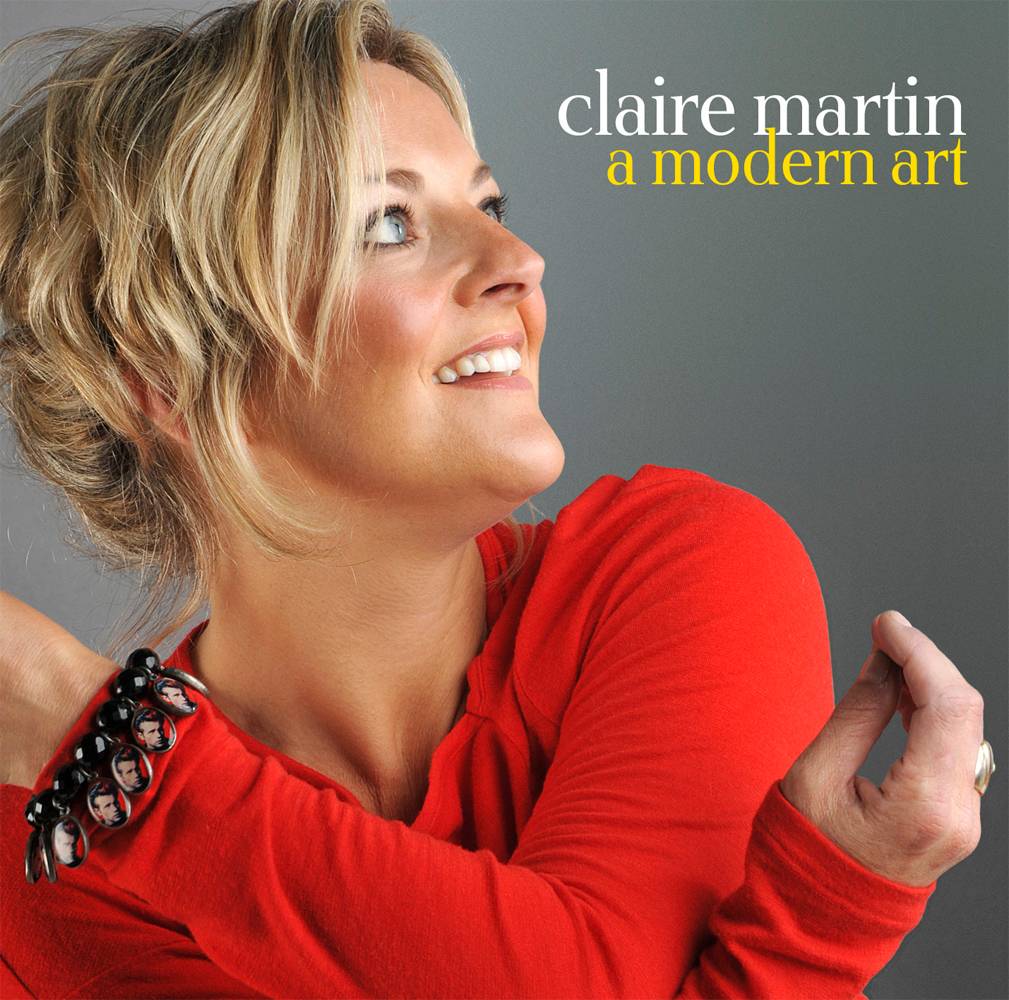 Is jazz still a modern art? It’s a hundred years old, after all, and some performers and fans seem to ignore everything written after 1940. But as far as the work of Claire Martin is concerned the question has only one answer. Apart from being one of the finest singers on the current scene, Martin is constantly searching for new writers and new ways to interpret them, ensuring that her own approach to music stays resolutely in the present. A Modern Art, her thirteenth album, is an eclectic recording that showcases her talents and those of a superb collection of backing musicians-it’s possibly the best album of her career to date, which is saying something.

For her new record, A Modern Art, Claire Martin decided that she wanted to explore more modern contemporary songs that generally fall outside the confines of the Great American Songbook. She chose songs that define her as a modern jazz singer, from the likes of Michael Franks and Donald Fagen, as well as from relative newcomers Pat Coleman and Colin Lazzerini, Mark Winkler and New York Voices vocalist Lauren Kinhan, with a couple of originals thrown in for good measure. While probably mostly unfamiliar to jazz audiences, many of these songs are filled with snappy and clever lyrics and melodies that, given the right treatment, deserve to be heard alongside the classics, proving that jazz is indeed a modern art form. As usual, her smoky-sweet alto voice is the perfect vehicle for delivery of this bag of chestnuts and quirky goodies, and many of the songs are filled with a capricious mix of off-the-wall humor and occasional melancholy. The end result is a remarkably enjoyable new album, easily confirming Claire Martin’s place as First Lady of British Jazz.

Her cohorts on this album include many of the usual suspects, including the incomparable Gareth Williams, who graces virtually every song with his extraordinary pianisms. Producer and bassist Laurence Cottle provides an exceptional foundation to all the proceedings with his superb playing and he co-wrote the two Claire Martin originals here, ‘A Modern Art’ and ‘Edge Ways’. The album kicks off with an updated, totally swinging take on the Rodgers and Hart classic ‘Everything I’ve Got Belongs To You’ one of only two standards that appear on the disc. Listen here for some burning hot alto sax work by Nigel Hitchcock – Claire Martin definitely surrounds herself with some amazingly talented musicians! Next up is one of two clever and humorous songs by Pat Coleman and Colin Lazzerini, ‘So Twentieth Century’ which Claire Martin has an amazing way of swingingly delivering to cunning effect. The other, ‘Totally’ is a hilarious and skillful take on the lexicography of modern music with a sophisticated kind of ‘valley girl’ twist. ‘Lowercase’ is a clever survey of life in typographical terms, and includes another really sweet sax fill in the middle. Another hilarious cover is the Cy Coleman standard ‘Everybody Today Is Turning On’ which rings so true, it could have been taken from today’s headlines, instead of from the Broadway musical of thirty years ago!

The SACD sound quality, as usual from Linn, is superb. The disc offers a kind of modified stage perspective; Claire Martin’s voice is firmly anchored front and center (as it should be), but there’s enough going on in the surrounds to easily make one feel immersed in the proceedings. Hats off to Linn Records for continuing to support the SACD format; they’re one of the handful of ‘specialty’ labels, along with Mobile Fidelity, Chesky and Analogue Productions that are releasing music on SACD in genres other than classical. Don’t get me wrong – I love classical music, it’s just that there’s a heck of a lot of other styles of music out there that deserve to be heard in high resolution too! This clever and entertaining disc gets four stars – very highly recommended!