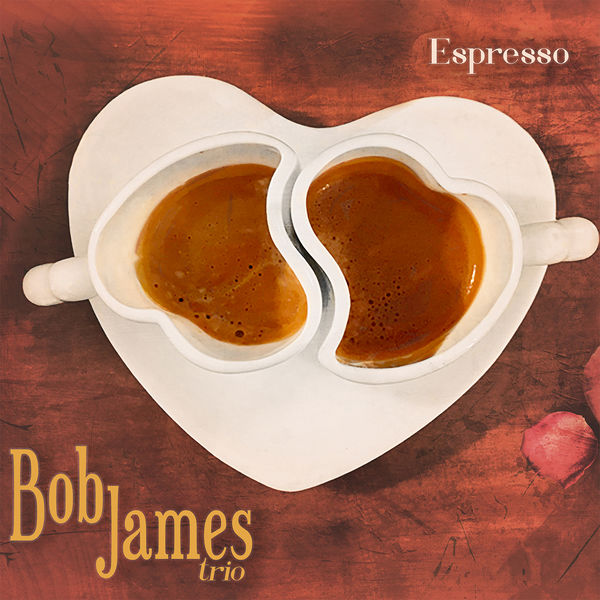 Long after establishing himself as one of America’s most accomplished composers, arrangers, and instrumentalists, multiple-Grammy winner, and founding member of Fourplay, Bob James achieves his longtime ambition to return to the trio format he embraced as as up and coming artist.

Bob James wrote “Angela,” the theme song to the popular late-1970s/early 1980s television show, Taxi, a feather in the cap that introduced his sound to millions of listeners who might not ever slip a jazz CD into the stereo. For those with an ear and a love of jazz, he is probably most familiar for his work with the group Fourplay and saxophonist David Sanborn, along with a three record, mid-1970s stint with Creed Taylor’s CTI Recordings, and three Grammy Awards. And throw in an innovative and overlooked jewel of an album, Grand Piano Canyon (Warner Brothers, 1990), into the resume.

The pianist/composer/arranger lays claim to ongoing relevance with Expresso, his first studio recording as a leader since 2006’s Urban Flamingo (Koch Records). And it’s a piano trio affair, perhaps the purest and most challenging of instrumental formats, into which he adds his characteristically James-esque spicings. As always, James’ sound displays a refinement, a polished sophistication and crisp production values. He embellishes, beautifully, the “trio sound” at times with sweet, keyboard orchestrated, post-recording backdrops, much in the mode of the 1970s CTI recording style. And like all of James’ offerings, the sonic concept maintains a first-to-last-cut cohesion.

The disc opens with the James original, “Bulgogi,” a straight ahead piano trio offering with a catchy, fast-stepping groove, light-hearted and lovely, leading into the dark-hued “Shadow Dance,” a beautiful, inward-looking tune enhanced by subtle and deftly applied orchestration. “Fats Wallers’ “Ain’t Misbehavin,'” one of two covers on an otherwise all Bob James set of originals, gets a surprisingly modern-esque reshaping; and “One Afternoon” brings a solemn, pastoral mood to the set, and features the diaphanous gorgeousness of a whispering keyboard string section seeping into the trio sound. James closes the show with “Submarine,” a close younger sibling to his 1974 composition “Nautilus,” a tune that has sampled its way into the hip-hop world on recordings by Jay Z, Tupac, and Wu Tang Clan and more. “Submarine” finds James sampling himself and recording over his rhythms and unrelenting grooves, staying, in his seventh decade as a professional musician, as relevant as ever.