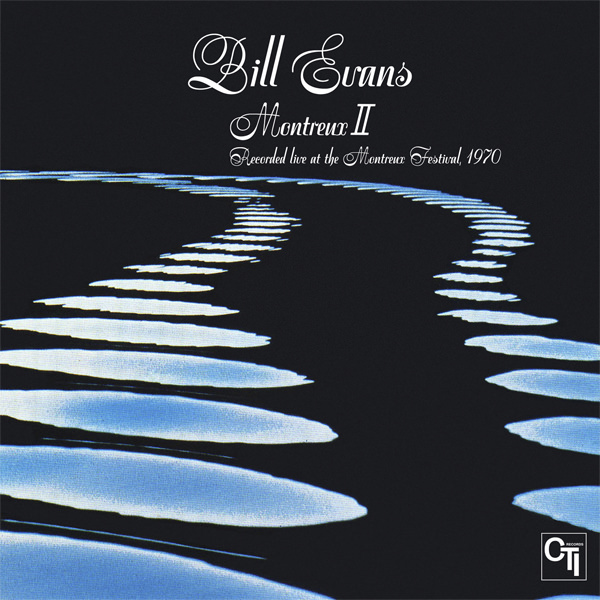 Bill Evans’ second recording at the Montreux Jazz Festival in 1970 was a highly anticipated concert, finding the pianist in peak form, accompanied by bassist Eddie Gómez and drummer Marty Morell. His originals include the rhapsodic “Very Early,” the turbulent “34 Skidoo,” and an aggressive rendition of “Peri’s Scope.” His introspective take of Burt Bacharach’s “Alfie” is played at a leisurely tempo, while his take of Earl Zindars’ “How My Heart Sings” simmers slowly to a boil. His driving setting of Johnny Carisi’s “Israel” has an intense Eddie Gómez solo and a lively exchange with Morell as its centerpiece. While this is a terrific live performance, there are sound problems, including what sounds like bleeding of the stage monitors into the mix, and there are muddy spots in the recording as well, particularly during some of Gómez’s solos. Master engineer Rudy Van Gelder tackled the remastering of this CTI LP, but there was only so much he could do with what was preserved on the original tape. –AllMusic Review by Ken Dryden