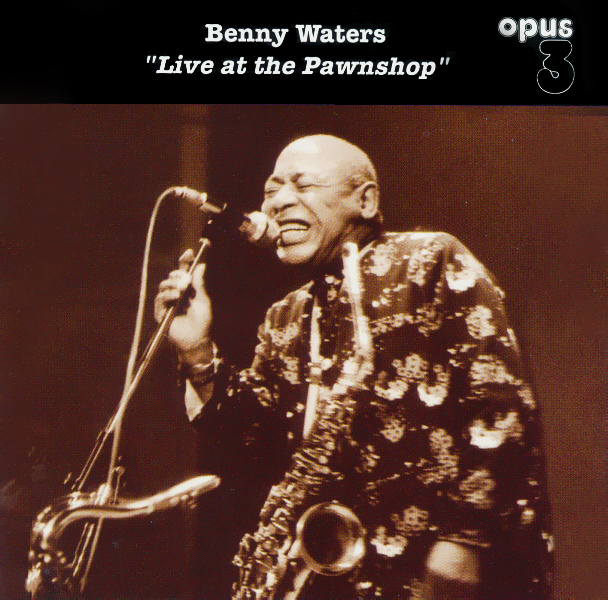 In April 1976, at the age of 74, the legendary swing saxophonist Benny Waters made a momentous appearance at the internationally famous jazz-blub Stampen often known as “The Pawnshop”, in Stockholm. This album is a memento of this concert and a wonderful musician. Worthy of note is the fact that the pianist on this recording is the late, great and unfortunately the most “underrecorded” Swedish swing piano player Björn Milder – yes, Joakim Milders father! – who was considered by many visiting musicians to be “world class”. And they should know!

A superb tenor saxophonist and a fine clarinetest and alto player, Benny Water’s career spans the growth and development of jazz and American popular music. His huge tone and swaggering tenor style were honored in the swing era, as was his darting clarinet and tart alto approaches. Waters played piano and reed instruments as a child, then worked with Charlie Miller from 1918 to 1921. He studied at the New England Conservatory and later became a teacher. Waters recorded with King Oliver and Clarence Williams in the ’20s and ’30s, while writing arrangements for Charlie Johnson. For a few months, he also played in Roy Milton’s r&b orchestra. Waters worked with traditional jazz leader Jimmy Archey in 1949, and opted to stay in Europe during a group tour. He settled in Paris and remained there until the end of the ’60s. He was a regular at the club La Cigale. Waters was a festival favorite throughout Europe in the ’70s and ’80s, and paid some visits to New York in the ’80s.