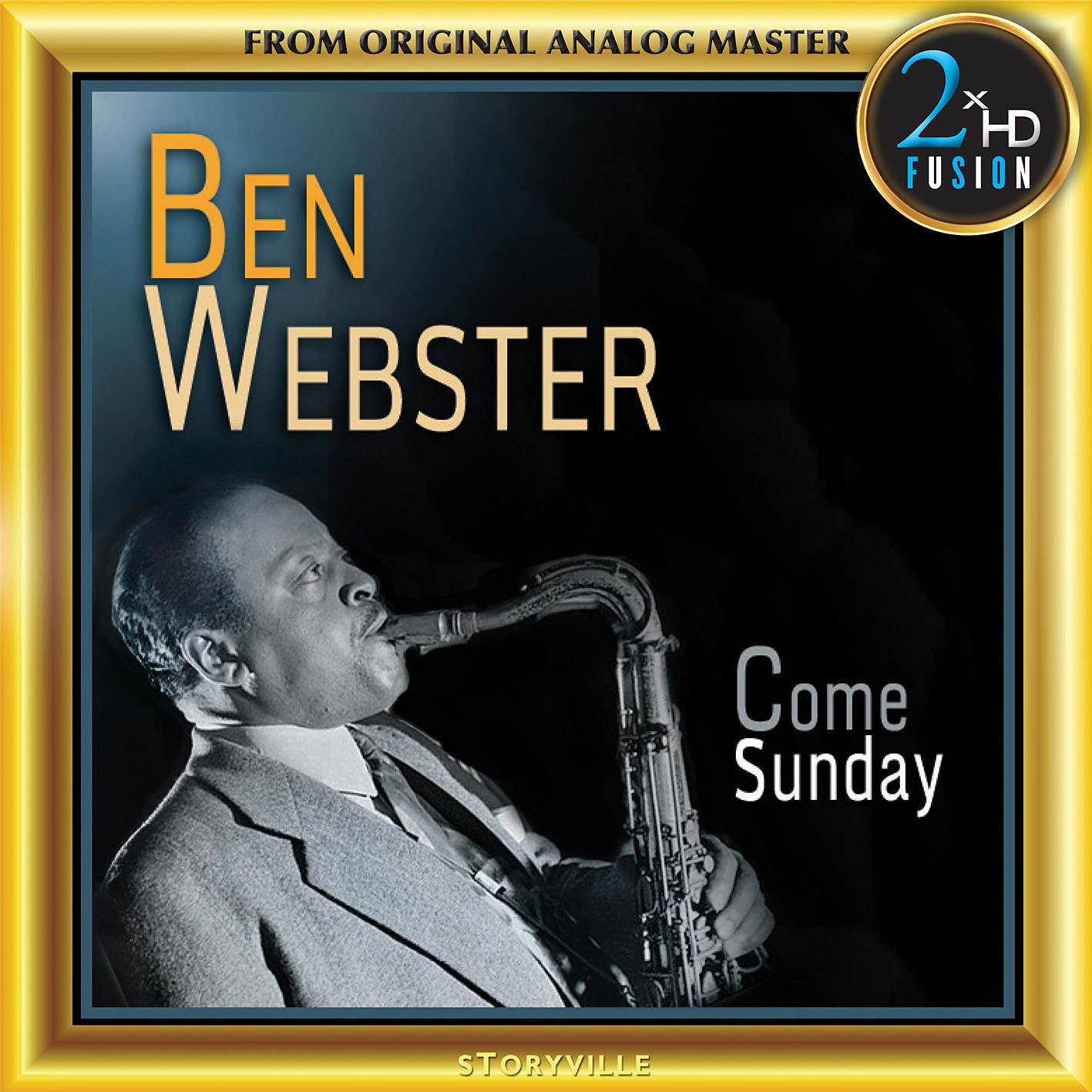 Ben Webster was not exactly under-recorded during his forty-year playing career but he is among that exclusive hierarchy of jazz artists to whose consistent excellence there can never be an over-abundance of recorded testimony. This album has the merit of offering a nicely balanced and thoughtfully chosen selection of tracks. Four of the tunes are associated with Duke Ellington in whose saxophone section Ben was featured for more than ten years. Our Blues is a choice example of Ben’s evocative after-hours style of blues playing. An additional bonus is the superior quality of the musicians behind Webster on all these tracks, recorded in Copenhagen between 1968 and 1970.

Benjamin Francis Webster was an American jazz tenor saxophonist. Born in Kansas City, Missouri, he is considered one of the three most important “swing tenors” along with Coleman Hawkins and Lester Young The nickname ”The Brute and the Beautiful” was aptly given to Ben Webster. He became famous for his beautiful sound which gave his ballad playing a unique touch of tenderness, while his playing in faster tempos was virile and filled with growl, and when sober he was the kindest and gentlest man, witty and entertaining and the natural center of the gathering, while he was unpredictable and violent when he had consummated too much of alcohol. Despite this Dr. Jekyll-Mr. Hyde-personality he was a much loved musician and recorded a fair amount of excellent records of which most still are in stock, due to the fact that he is the best-selling tenor saxophonist in jazz.