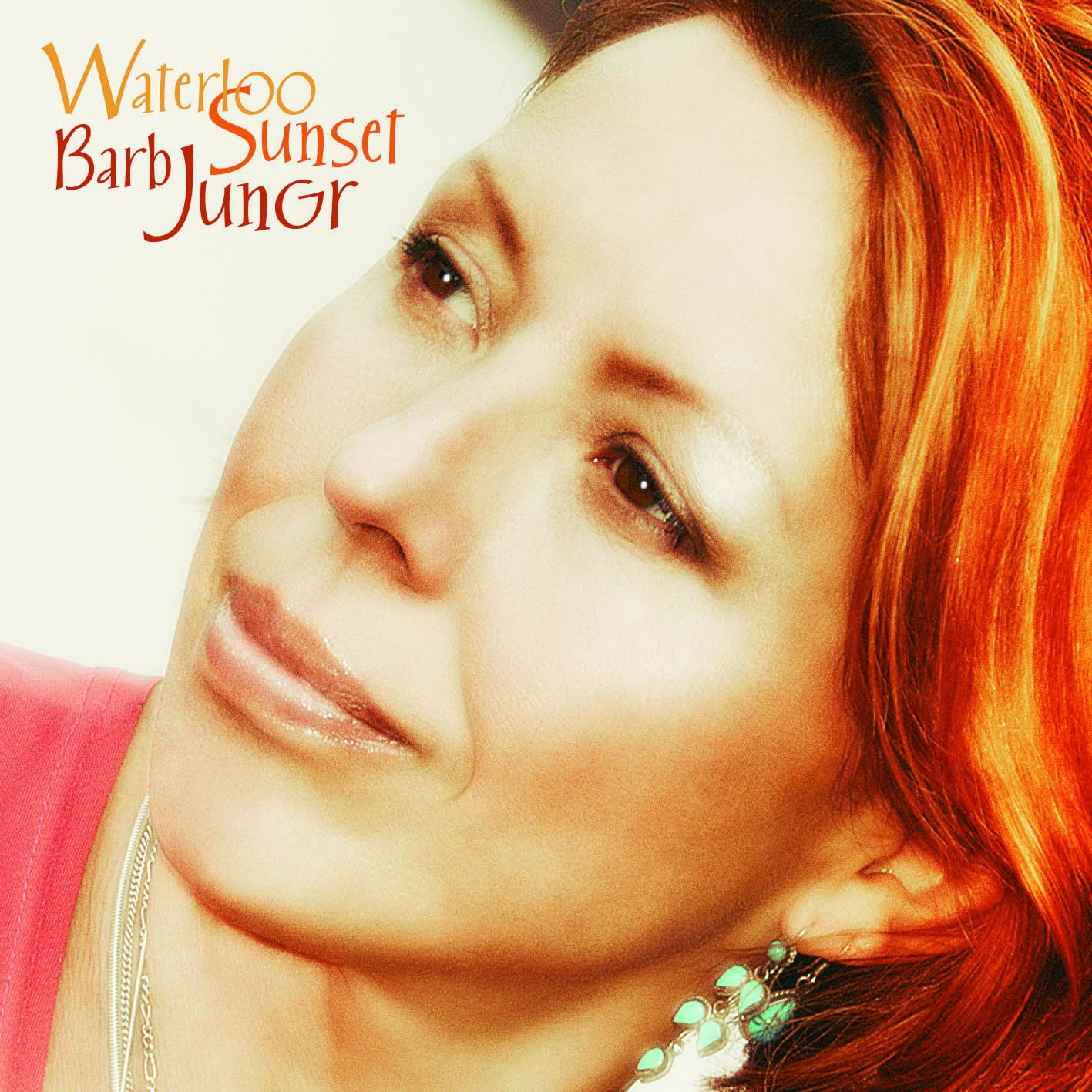 Barb Jungr expresses her passionate artistry with this new collection of classic and original material. With the most original voice since Nina Simone or Edith Piaf, Barb carves a unique path through many genres of popular music. This “world-class female vocalist” (Daily Telegraph) has written three original songs for her new album. ‘Do You Play Guitar’, the album’s elegaic opening track, ‘Written Down In The Dark Again’, a disturbing exploration of sex, and ‘Lipstick Lips Lament’, a wonderful evocation of classic American song-writing.

With her previous three albums, Barb Jungr had already proved herself one of Britain’s most engrossing cabaret singers and one of the most adroit song interpreters in modern vocal pop, and Waterloo Sunset does nothing to alter or diminish that assessment. It does feel like a small step backward in terms of content after the all-Bob Dylan program of Every Grain of Sand, but it is certainly not a step down in quality and intelligence of performance. In fact, it is a return to the interpretive eclecticism of Bare, with its dramatic overhauls of pop tunes (in effect, similar to her contemporary Cassandra Wilson, if not in style) by the Everly Brothers, Leon Russell, and Richard Thompson (a masterful, almost art song “The Great Valerio”), among others, intermingled with a few of Jungr’s own delightful originals. It might even be thought of as a dressed-up version of that album, nowhere more evident than in the Ray Davies-penned title tune. The stripped-down take from Bare is damaged, lonely, movingly reflective; the reimagined version of “Waterloo Sunset” is wistful, sure, but also bluesy, impregnable, rounding the corner toward sanguinity. That this Brit Invasion song sounds perfectly fluent and fluid coming after the Tin Pan Alley jazz chestnut “Laugh Clowns Laugh” says much about the caliber of the writing, of course, but also about how Jungr is able to locate and explore the je ne sais quoi of a composition, what is both ageless and new, unknown, what connects even as it perplexes. The album sustains this inquisitive mood, plowing into emotions that lurk beneath façades, like the enigmatic clowns and jesters that dance through the lyrics, and finally bubbling over on the marvelous concluding rehabilitation of Steve Miller’s “The Joker,” in which a crass come-on is transformed into an effusive flirtation. It’s something to behold. Jungr had not quite gotten Mr. Zimmerman out of her blood either, so fans of Every Grain of Sand have a couple more Dylan treats in store with versions of the classic “Like a Rolling Stone” and the more recent Love and Theft track “High Water (For Charley Patton).” Calum Malcolm again produces beautifully, employing a carnival of colors and textures; the entirely new backing band is crackerjack throughout, breezing through music hall, cocktail jazz, bossa nova, and Western swing with the equal panache.