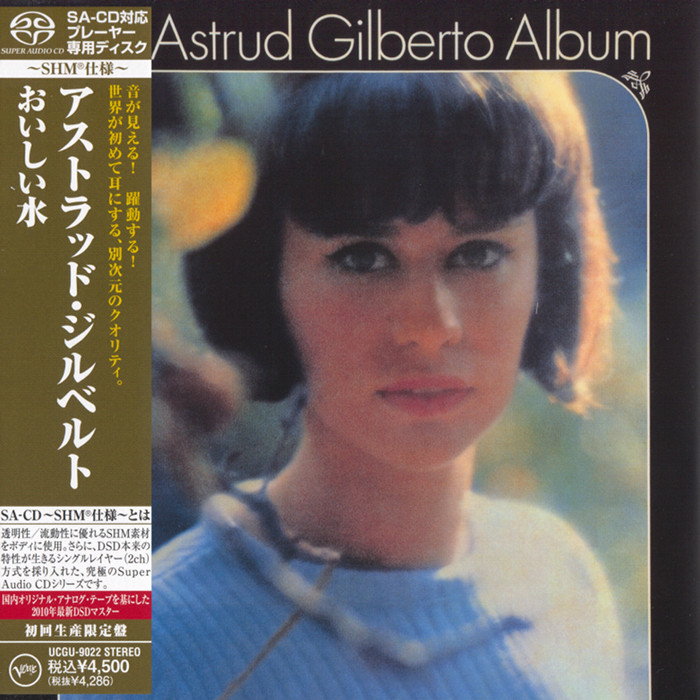 Astrud Gilberto became an accidental success when her fragile command of English made her the de facto choice to sing “The Girl from Ipanema” at a session led by Stan Getz and her husband, João Gilberto. Of course, despite its overwhelming success, it wasn’t clear that she could sustain a career when she recorded her first solo LP, The Astrud Gilberto Album. She had sounded more like an amateurish novelty act than a recording professional, her voice was sweet but fragile, and the Getz/Gilberto album had featured two strong voices, with Gilberto herself an afterthought (albeit a commercially effective afterthought). But The Astrud Gilberto Album was at least as good as Getz/Gilberto (despite what jazz fans say), for several reasons. The Brazilian repertoire plays particularly well to traditionally weak vocalists, her voice was yet more sweet than had been heard previously, and as before, the record featured two strong leaders — arranger Marty Paich and the incomparable Antonio Carlos Jobim. Paich’s strings positively coated the album with radiance, and his choices for lead instrumental voices — Bud Shank’s flute, João Donato’s piano, Jobim’s guitar — complemented her vocals perfectly. Gilberto sounded beautiful on a range of material, from the sentimental “Dindi” to the playful “Agua de Beber,” and as long as intelligent musicians were playing to her strengths (as they do here), the results were splendid.