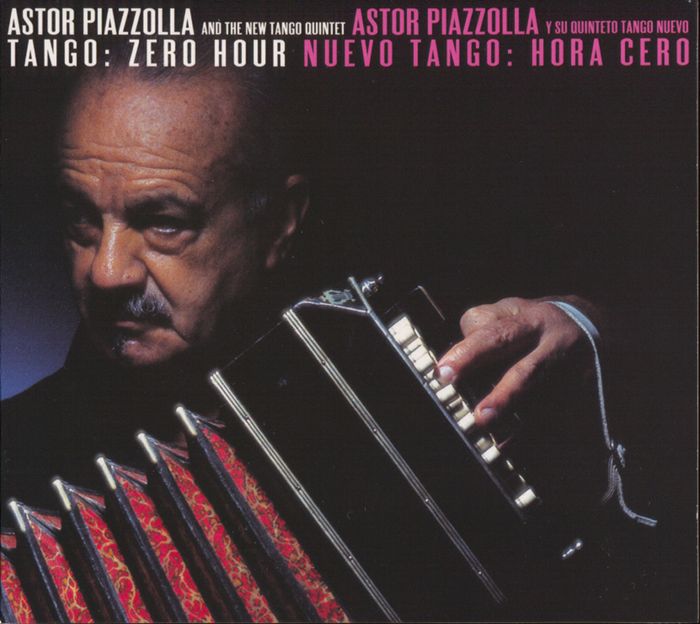 Considered by Piazzolla to be his best work, 1986’s Tango Zero Hour was the culmination of a career that began in Argentina in the 1930s. Piazzolla started out auspiciously enough working with one of the brightest lights of the classic tango era, singer Carlos Gardél. After Gardél’s tragic death in 1935 (by turning down an offer to tour with the singer at the age of 13, Piazzolla amazingly avoided the plane crash that killed Gardél), Piazzolla went on to perfect his bandoneón playing in various tango bands during the ’40s and ’50s, eventually studying with Nadia Boulanger in Paris. Like she did with so many other great talents like Aaron Copeland and Quincy Jones, Boulanger encouraged Piazzolla to find a new way of playing his county’s music. Piazzolla began experimenting and soon enough perfected what is now known as “nuevo tango.” Moving tango music into the more serious area of high-art composition, Piazzolla added eccentric and, at times, avant-garde touches to the traditional format; he gained the appreciation of adventurous music lovers worldwide while alienating tango purists back home. Tango Zero Hour is the fruition of his groundbreaking work and one of the most amazing albums released during the latter years of the 20th century. Joined by his Quinteto Tango Nuevo featuring violin, piano, guitar, and bass, Piazzolla offers up seven original tango gems that take in the noirish, “Zero Hour” world found between midnight and dawn. Essential for all music lovers.