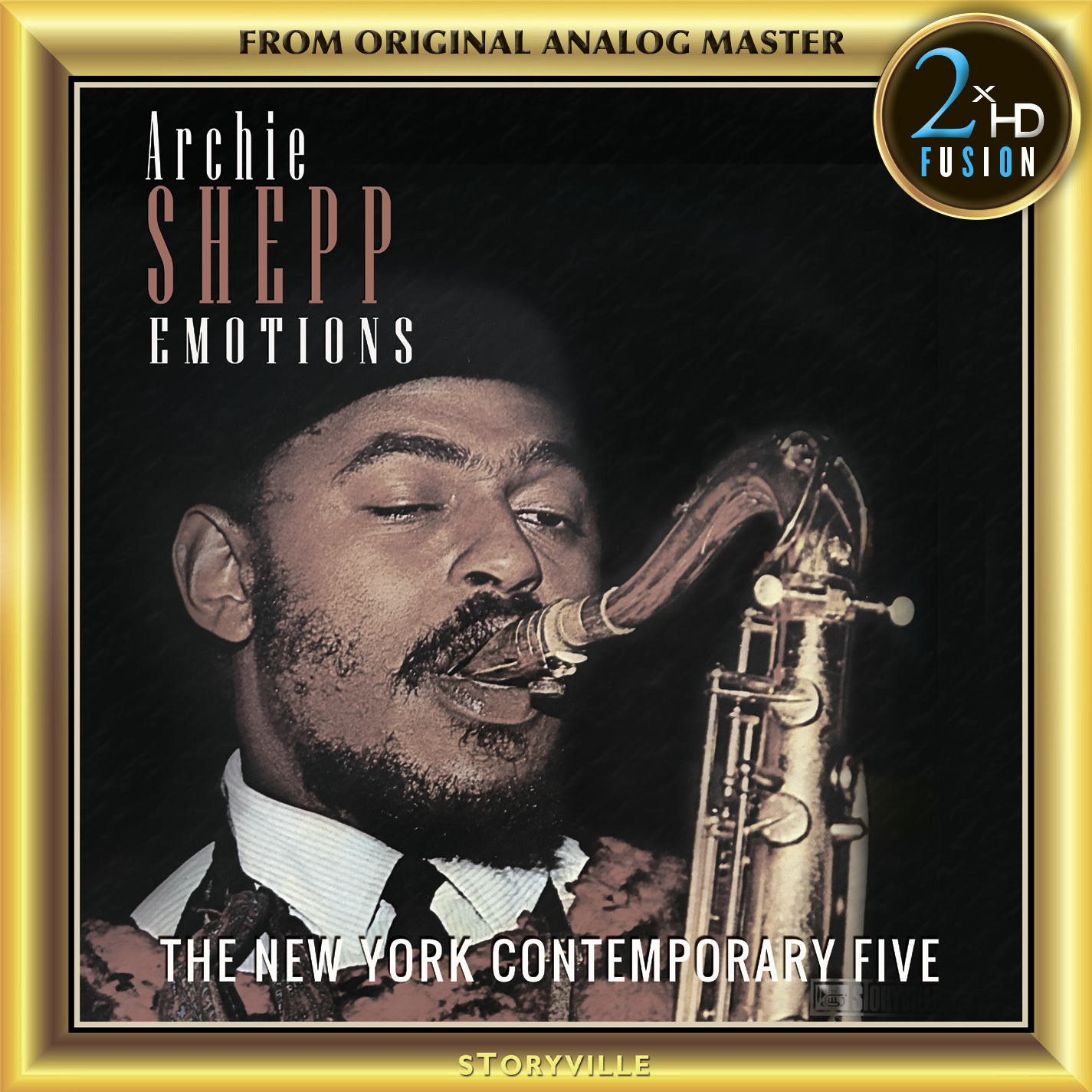 Saxophonist Archie Shepp is best known for his passionately Afrocentric music of the late 1960s, His tenor sax solos were searing, harsh, and unrelenting, played with a vivid intensity while he was viewed as perhaps the most articulate and disturbing member of the free generation. On this album he performs with the avant-garde jazz ensemble The New York Contemporary Five, “a group which, despite its short lease on life, has considerable historical significance”, laying “the cornerstone of what might be called the mainstream of free jazz”.

This record opens with a theme by Don Cherry. “Consequences” is a relatively orthodox, medium fast number of the I Got Rhythm type in which the soloists adhere to the 32 bar form of the thematic choruses. Don Cherry plays the bridge of the first chorus and then continues with seven solo choruses, of which the first ones in particular show his lashingly pointed use of the upper register. Tchicai then plays four choruses, Shepp three, and Moses two and a half, these solos punctured by staccato statements by one or more of the horns. In the final chorus, Cherry’s bridge is extended to 15 bars. “Monk’s Mood” is one of Thelonious Monk’s best known ballad compositions, recorded by its composer as early as 1947 and again in 1957 (with John Coltrane) and 1959 (with orchestra). The present version is similar to Crepuscule with Nellie in that the theme is played through just once. There are no solos distributed between the three horns. Trombonist Roswell Rudd, Tchicai’s partner in the later New York Art Quartet, wrote this arrangement for the NYCF. “Emotions” is a previously unrecorded theme by Ornette Coleman. It was brought into the group and titled by Don Cherry. The first and last choruses are in an AABA form, related to the I Got Rhythm type and featuring Shepp on the bridges, but the solos by Cherry, Tchicai, Shepp and Moses do not observe a strict chorus format. Bill Dixon wrote the arrangement for Tchicai’s “Wo Wo”, a 14 bar theme, played at a brisk medium tempo. The solos are by the three horns, featured in the usual order of cornet, alto and tenor, and playing nine, seven and seven choruses respectively. The title is the pet name of Jørgen Frigård, a Danish jazz writer and friend of Tchicai. “Trio”, a composition by Bill Dixon, differs somewhat from the other material. It is the longest track, playing for more than fifteen minutes; it is the only modal piece; and it is the only piece that uses uneven meters.