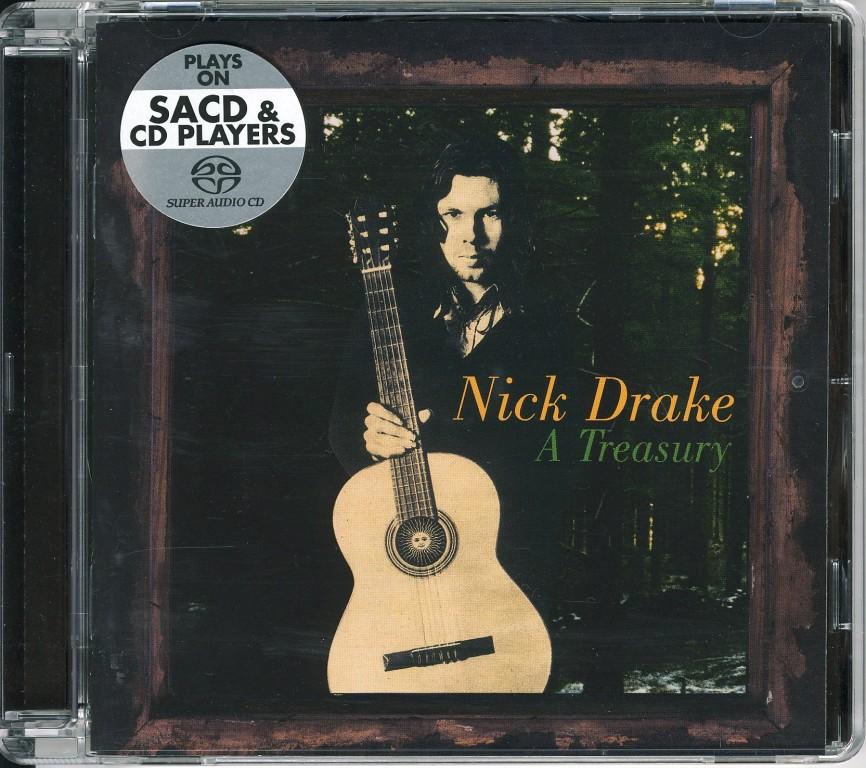 Poor Nick Drake. The soft-spoken introvert may have spent his days upon this earth as a struggling singer/songwriter, but since leaving, his atmospheric and distinctly melancholy songs have become a pop culture fixture. Rescued from British folk oblivion by a one-off Volkswagen commercial, his name has since been bandied about by critics looking to link the English bard with every winsome, dough-faced up-and-comer who puts out a record with strings on it. What’s on a Nick Drake compilation is never as interesting as what was left off. The insistence of compilers to show the “whole” scope of Drake’s sound is a bit laughable, as his four records — despite the sparse arrangements on Pink Moon and 1986’s demo collection Time of No Reply — are essentially the same. On the SACD Treasury, his third “best-of” (not counting the Fruit Tree box), listeners get the usual suspects: “Hazey Jane II,” “River Man,” and “Way to Blue”; stereo remixes of “Black Eyed Dog,” “Road,” and “From the Morning”; and the posthumously released U.K. “hit” single “Magic,” a flatly sung composition that Robert Kirby’s spooky new string arrangement can’t rescue from mediocrity. This leaves no room for essential Drake offerings like “Fly” or “Time of No Reply,” resulting in a mix that, while still classic, suffers from the very knowledge of the aforementioned tracks’ existence. Newcomers, if there are any by now, would be better off picking up 1994’s Way to Blue: An Introduction to Nick Drake, a far more comprehensive look at an artist who continues to enchant and inspire, despite his somber demeanor and bitterly contested end.