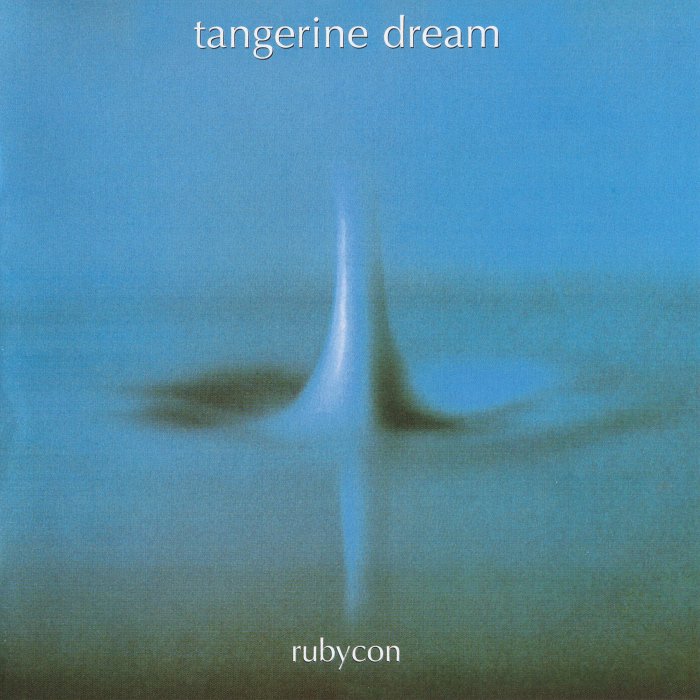 The members of Tangerine Dream continued to hone their craft as pioneers of the early days of electronica, and the mid-’70s proved to be a time of prosperity and musical growth for the trio of Chris Franke, early member Peter Baumann, and permanent frontman Edgar Froese. The three of them had been delivering mysterious space records on a regular basis, and their growing confidence with early synthesizers (the best that money could buy at the time) made them virtuosos of the genre, even as they kept things organic and unpredictable with gongs, prepared piano, and electric guitar. Rubycon has aged gracefully for the most part, making it a solid companion (and follow-up) to their 1974 album, Phaedra. The somewhat dated palette of sounds here never overshadow the mood: eerie psychedelia without the paisleys — Pink Floyd without the rock. “Rubycon, Pt. 1” ebbs and flows through tense washes of echo and Mellotron choirs, as primitive sequencer lines bubble to the surface. “Pt. 2” opens in a wonderfully haunted way, like air-raid sirens at the lowest possible pitch, joined in unison by several male voices (someone in the band must have heard György Ligeti’s work for 2001). Rising out of the murkiness, the synthesizer arpeggios return to drive things along, and Froese weaves his backwards-recorded guitar through the web without really calling too much attention to himself. The piece evolves through varying degrees of tension, takes a pit stop on the shoreline of some faraway beach, then ever so gradually unravels a cluster of free-form strings and flutes. The rest are vapors, your ears are sweating under your headphones, and the smoke has cleared from your bedroom. This is a satisfying ambient record from the pre-ambient era, too dark for meditation, and too good to be forgotten.