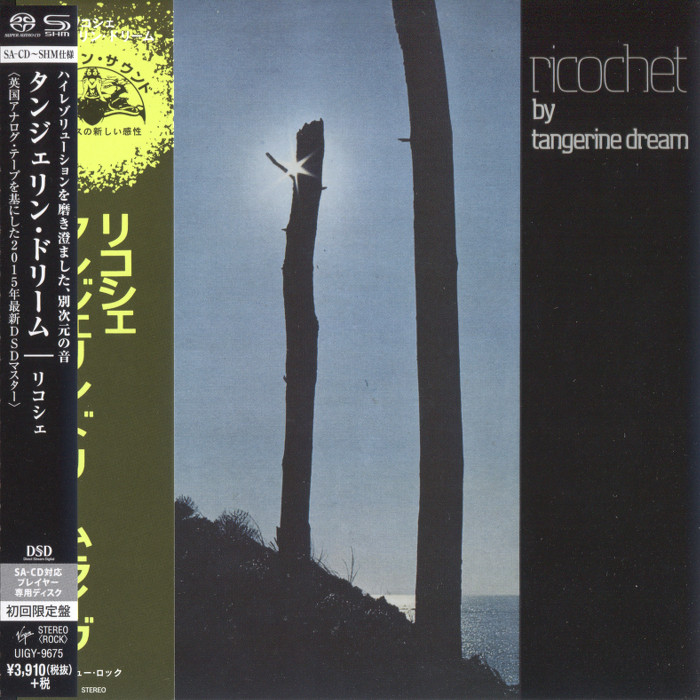 Electronic trio Tangerine Dream embrace their equipment and take their audience on an actual journey through this especially good, two-part showcase recorded live in France and Britain. Featuring the early and memorable lineup of Chris Franke, Edgar Froese, and Peter Baumann, Ricochet continuously evolves to the next plateau of pulsing experimentation without getting lost or over-indulgent like other bands of the genre. This album finds the three at a time when they knew exactly what they were doing; rocking without the drums, and looking over their shoulder to make sure the audience was still enjoying themselves. For the number of albums and soundtracks this band has put out (over 50!), most fans hold onto this one because it is so energetic and timeless. It takes a snapshot of the band when they were young, influential, and at the height of the genre.