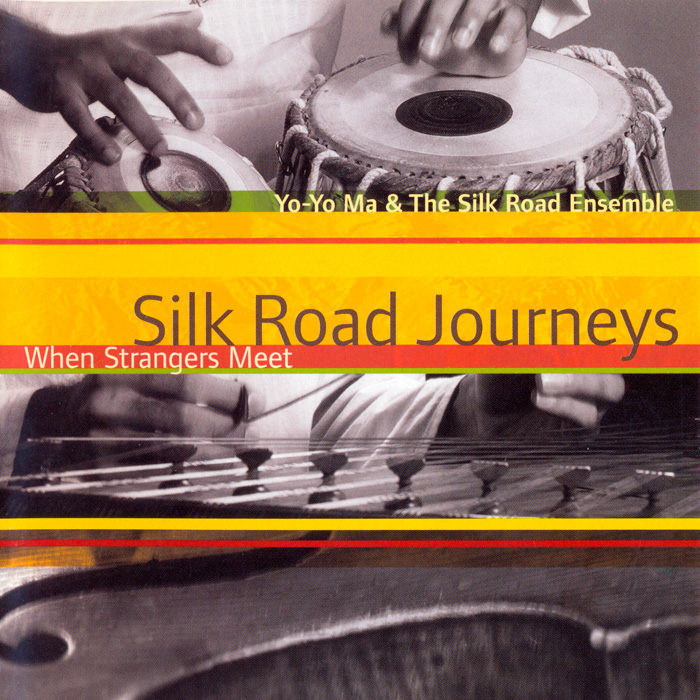 This disc introduces Yo-Yo Ma’s latest and most ambitious adventure, the Silk Road Project. It explores the cultures that flourished along the Silk Road, the ancient trade route that for centuries connected Europe and the East. Founded by Ma in 1998, the project aims to create connections, mutual trust, and cultural interchange between people from different parts of the world through their only shared language: music. This recording includes music from Mongolia, China, Persia, Japan, Iran, Azerbaijan, and an improvisation on an Italian Renaissance street song, performed by musicians from all those countries, as well as America, on both Eastern and Western instruments.

Ma, who participates in every piece either as soloist or part of the ensemble, plays cello and a Mongolian “horse-head fiddle.” There is also a Mongolian soprano, who sings a traditional song native to her region. For the uninitiated Western listener, the music requires some getting used to. Much of it is based on rhythmic ostinatos. The melodies use Oriental scales; the intonation is untempered; the music seems all color, texture, and atmosphere, without what might be called themes; and repetition takes the place of development. Contrast is achieved through sudden change, buildup by adding instruments. However, the music is often beautiful, delicate, dreamy, or peaceful; every listener will find his or her own favorite pieces. The playing is splendid, with much inventive improvisation. Inevitably, Ma’s tone and personality stand out, but he never dominates in fact or spirit. The booklet offers essays by Ma and the project’s musicologist, Theodore Levin, photographs of the players, and drawings of the Eastern instruments.

Recorded as part of the ongoing Silk Road Project, Silk Road Journeys brings together composers from the elusive, ancient Silk Road that crosses from China to the Middle East with musicians from both West and East. It’s both ambitious and daring, two qualities that have been trademarks of Yo-Yo Ma’s career. For its modernity and mix of Asian and Western instruments, though, it hews close to tradition (and not merely on Mongolian Traditional Long Song), although the departure into the Italian Renaissance for Chi Passa Per’sta Strada makes for an interesting, more formal and graceful aid in the whole. But the multicultural Silk Road itself makes for a good metaphor for this album, with the sheng, an ancient form of mouth organ, alongside the cello on the traditional Blue Little Flower, for example. While it might seem strange to find Michio Mamiya’s Five Finnish Folksongs here, it makes sense; the Saami people of Finland were nomadic, and traveled as far as the Silk Road. But the instruments, from Wu Man’s pipa to Joel Fan’s piano, work together, whether on traditional or commissioned material, to create something that’s challenging to both listeners and performers and offers a strong impression of the journeys of the past.