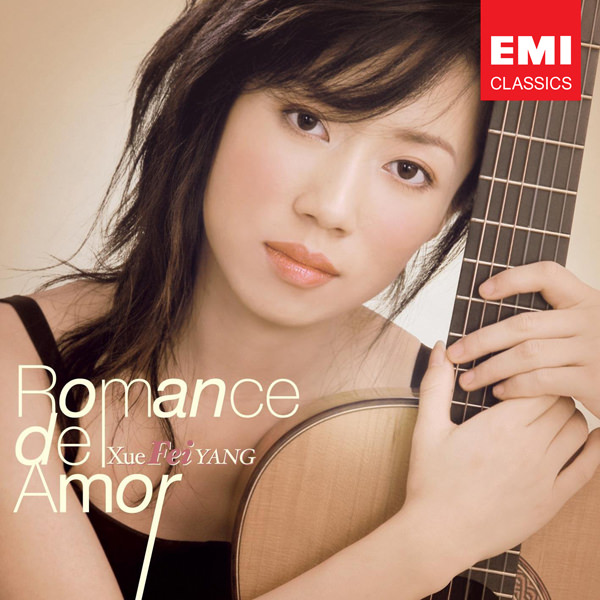 debut with this EMI disc Romance de Amor. The program consists of the usual classical guitar bonbons mixed in with popular numbers mixed in — the tango “La Cumparsita” and the Beatles’ “Michelle” and Paul Simon’s version of “El Condor Pasa” for example, and a couple of traditional Chinese songs, as well. The program, in and of itself, is not that interesting, but it doesn’t matter. Xue Fei Yang is an incredible guitarist — technically top drawer, warmly expressive in sound, and mind-bogglingly facile in her digital dexterity. Just listen to the attack on Rodrigo’s Zapateado; she is able to vary her touch on the strings with lightning speed and pinpoint accuracy.

Yang is a known quantity to guitarists; John Williams was once so impressed by her playing that he made her a gift of one his own guitars. She has previously recorded for the small, San Francisco-based label GSP, but perhaps this EMI CD will help her gain a wider audience. Romance de Amor also has terrific sound quality, and one might be surprised to learn that EMI in Hong Kong, rather than the usual crew in the Capitol Building in Los Angeles who have engineered Christopher Parkening’s recordings, made this one. Romance de Amor is a quality release; one could hope for literature that is more serious, but Xue Fei Yang is so amazing that she would probably sound good playing “Tubthumping.”