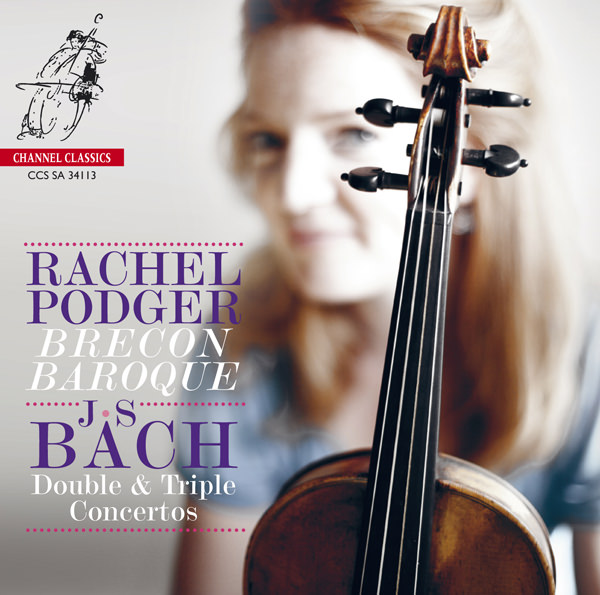 For two soloists chose themselves – so-called ‘Bach Double’ (a.k.a. the famous Concerto for TwoViolins in D minor) and the work for violin and oboe. Of course, the universal appeal of the former is unsurpassed with its timelessly beautiful middle movement of exquisite conversations between the two violins, framed by vigorous outer movements. In fact, this piece is a concerto for6 parts, as he himself stated on the manuscript title page ‘Concerto a Sei’ – all parts playing a crucial part in the colour and richness of the ensemble.
Performing these pieces with just single players on each part rather than an orchestra makes the roles of each particularly pronounced and clear, all of us ‘concerto-ing’, not just the conventional ‘soloists’.The other double concerto on this recording has a darker, broader and more dramatic landscape. The contemplative slow movement is the best answer to the question ‘what can I listen to after such a long day’s work?’, its gentle swing and beautiful mellifluous lines soothing any aches and pains. The last movement feels like a gutsy earth-bound ‘clog dance’ full of reels and japes.
The Triple Concerto in A minor is in a world of its own: it’s really a harpsichord concerto to which the colours of the flute and violin are sprinkled – the same scoring as in Bach’s Brandenburg Concerto no 5. Written about fifteen years after the Brandenburg, Bach adapted the outer movements of the Triple from his Prelude and Fugue, bwv 894, and the slow movement comes from the Organ Trio Sonata, bwv 527. It’s a brilliantly written piece for the harpsichord showing off many novel keyboard tricks with rapid figurations and interesting and engaging ripeno parts.
As we know, recycling his own works and adapting them for different purposes and contexts was a common practice for Bach, and it is widely known that his harpsichord concertos all found their musical voice, initially, in versions for other instruments, especially the violin. Such is the case with both these double concertos; for the violin and oboe concerto the only extant source is the two-harpsichord score from the composer’s Collegium Musicum concert series in the 1730s.The scoring of violin and oboe is speculative, albeit rather more than a guess.The Concerto for Three Harpsichords in C major is also believed to have been conceived originally as a Triple Violin Concerto in D major. It’s a treat to play: the richly interweaving lines of the solo instruments providing intensity and exhilaration, whether in conversation or competition. The solo passages take your breath away within the realms of virtuosic writing.Knowing Bach’s writing for violin we can understand his fondness for the instrument,not least the care in exceptional craftsmanship of idiomatic writing for it. It goes well beyond any other baroque composer.