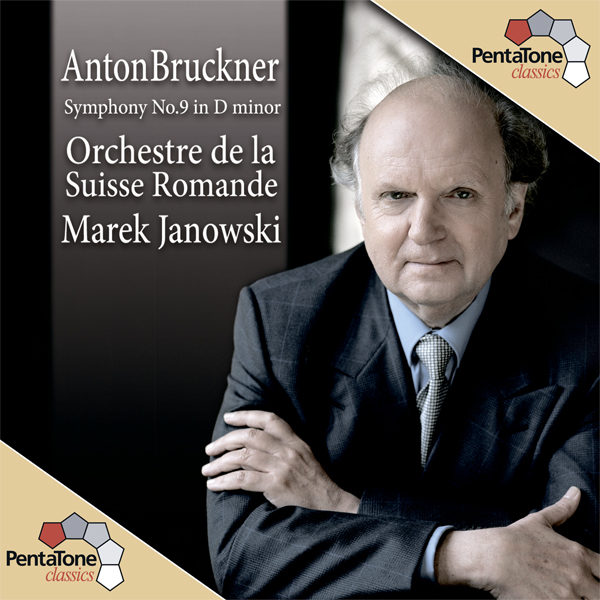 If one includes the F minor study symphony dating from 1863, and the Symphony no. ‘0’ dating from 1869, then Anton Bruckner composed a total of 11 symphonies. However, Bruckner weeded out both early works from his definite canon of symphonies, and therefore the symphony which received the conclusive number of 9 was also most emphatically his ‘Ninth’. His ‘farewell’ work. Principally due to the legacy left by Beethoven, the term ‘Ninth’ made him overly feel awkward, perhaps even somewhat fearful. Otherwise, it is impossible to explain why Bruckner laid aside his work on the Symphony No. 9 so shortly after beginning with such commitment, and consciously turned to other projects.

“This new issue of Bruckner’s last symphony is impressive—one would not associate this orchestra with the composer’s music, but under Janowski’s direction they produce a very Germanic sound. Once again Job Maarse has done a superb —let us hope there will be many future issues of this quality.” –Robert Benson, Classicalcdreview.com

“The recording was made in the Victoria Hall of the orchestra in Geneva last year, and I find it frankly more attractive both sonically and performance-wise to the Vienna Philharmonic SACD which we placed on our Best of the Year List.” –John Sunier, Audiophile Audition

“The fact that the recording stands up well is attributable to the quality of the playing as much as to Janowski’s interpretation, which is responsive to the symphony’s long drawn-out paragraphs as well as the need for weight in the climaxes. It is a performance that breathes in terms of movement and in the airiness of its sound. PentaTone’s recording aims for clarity, and brings out much detail that more often gets lost in Brucknerian mud”. –Matthew Rye, The Daily Telegraph