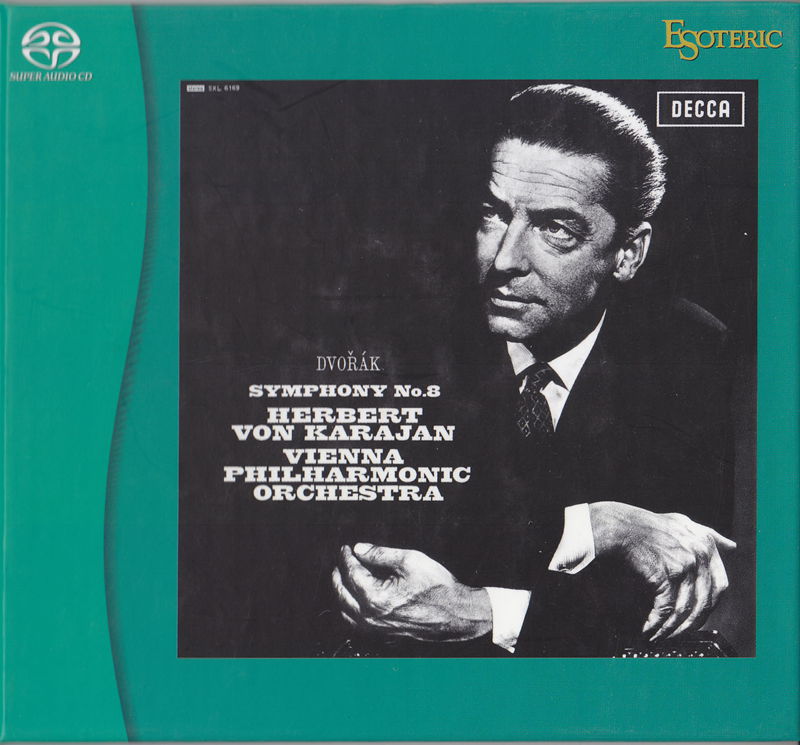 Karajan was associated with the Philharmonia Orchestra of London from the early 1950s and made recordings with this orchestra for EMI. From 1959, Karajan also started recording with the Berlin Philharmonic for Deutsche Grammophon and the Vienna Philharmonic Orchestra (VPO) for Decca. At that time, the recording industry was gaining momentum because of newly introduced stereophonic technology and consequently Karajan began to dominate the market. In particular, Decca’s recordings, which were made with the VPO in collaboration with the great producer John Culshaw, resulted in many remarkable tracks for the diverse orchestral compositions including pioneering recordings of “Also Sprach Zarathustra” and “Planets” and for complete operas with superb musicians and vocalists, in addition to the standard symphony recordings of the time. Among Decca’s recordings, ESOTERIC has produced a coupling of Dvorák’s Eighth Symphony and Brahms’ Third Symphony, recorded in 1961, to offer two highly admired performances on a single CD.

The reissuing of the Decca masterpiece series has attracted a lot of attention, both for its uncompromising commitment to recreating the original master recording and for using our hybrid Super Audio CD/CD re-mastering technology to improve sound quality. This series marks the first hybrid SA-CD/CD release of two selections that have been mainstays of the Decca catalog since their initial release on LP, later making their way on to CD. These new re-mastered audio versions feature newly created DSD master.