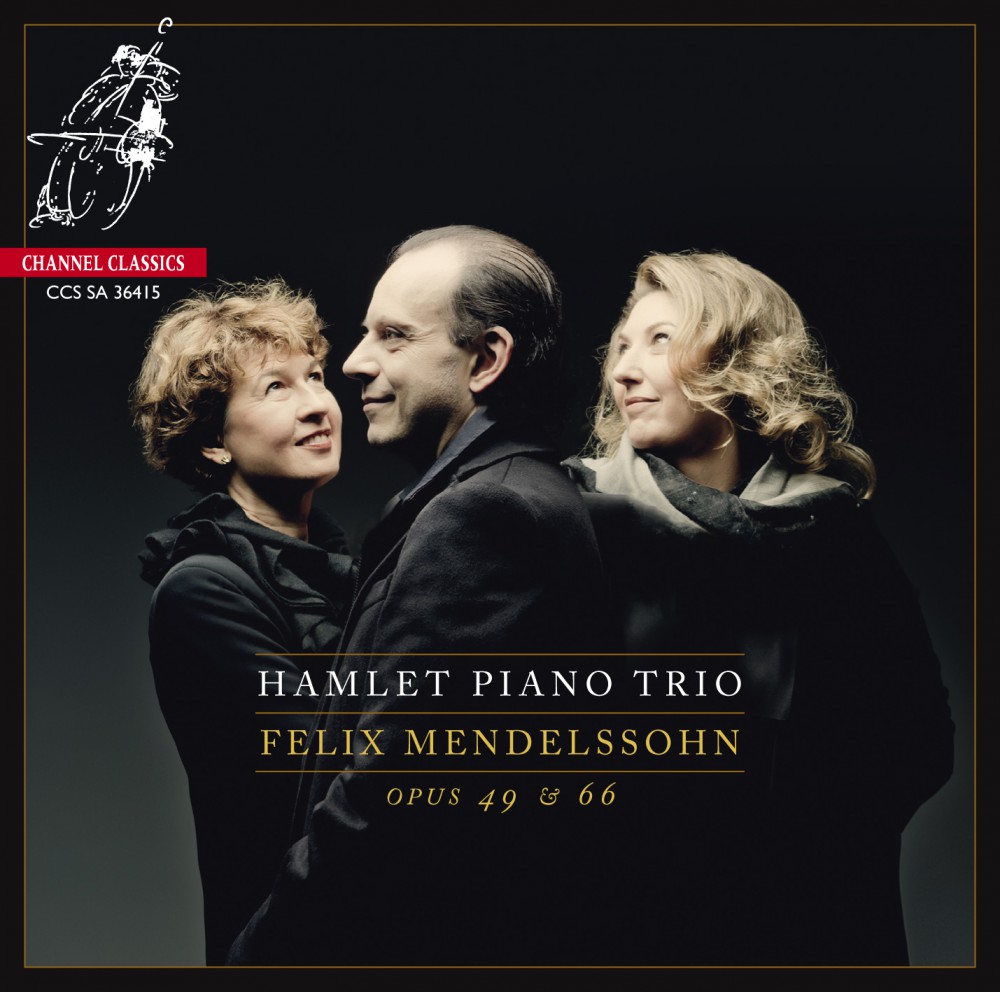 This Mendelssohn’s trios disc from the Hamlet Trio, a group just four years old, boasts performances that shine with confidence and immediacy. Good things abound: in the D minor, the second movement’s tempo is spot-on, and the piano’s opening soliloquy persuasively done, while the scherzo sizzles without losing sight of an underlying elegance. The opening Allegro energico of the C minor, too, is certainly not short on fire.

Three world-class musicians decided to join forces in 2011. As the Hamlet Piano Trio their reputation grows fast worldwide. All three have earned their stripes, both as soloists and as chamber musicians. The Dutch Italian and Italian Dutchman Paolo Giacometti is known as a soloist playing both modern and period instruments. Candida Thompson has been artistic leader of Amsterdam Sinfonietta since 2003, which under her leadership has developed into one of the most prominent chamber orchestras in the world and Serbian-Russian cellist Xenia Jankovic has earned praise in recital, performing all over the world.

A keyboard trio is usually written for the harpsichord, fortepiano or piano, and violin (or flute) and cello. The genre developed in the mid-18th century from the so-called Baroque trio sonata and the harpsichord sonata. A trio sonata is a work with three melodic lines or parts played by one, two or three instruments. Bach, for example, wrote trio sonatas for the organ, in which the three melodic lines are played by the right hand, left hand and pedal. The same piece could also be played by two violins or flutes and a bass instrument (harpsichord, cello or viola da gamba, for instance). The bass part could also be played by two or more instruments together: a melodic instrument such as the viola da gamba, cello or bassoon, and a chordal instrument such as the harpsichord, organ or lute. The official name of the bass part is basso continuo, i.e. a bass line which is ever-present, forming the supporting foundation for the composition as a whole. Another possibility was to play one of the upper parts on the violin or flute and the other two parts on the harpsichord. In this manner the three melodic lines were shared by two instruments. The harpsichord, which had been the humble servant of instruments with greater aspirations, thus became an equal partner with a fully-fledged role. The technical term for this role is ‘obbligato’, meaning obligatory. This is the general background to one of the most popular genres of classical chamber music, the piano trio, as we are familiar with it in the music of Haydn, Mozart, Beethoven, Schubert and Mendelssohn.